PRESS RELEASE – Two international leaders in aviation and Ohio-based companies NetJets and FlightSafety International (FSI) – jointly announced today a six-figure commitment to the non-profit Ohio Air & Space Hall of Fame and Learning Center (OAS) through an investment totaling $225,000. This is the first investment of its type.

OAS is in the middle of a multi-phase, multi-million dollar fundraising campaign to renovate the original Port Columbus air terminal and tower into its home. The joint gift from NetJets and FSI will be used to unlock $550,000 with a state matching grant, allowing OAS to begin construction for phase one of its plan. The 12,000-square-foot, three-story structure, dedicated in 1929 and on the National Register of Historic Places, is located on the southeast corner of what is now John Glenn Columbus International Airport (CMH) in Columbus, Ohio.

When completed, OAS will recognize NetJets as the presenter for its “Founders Walk,” a series of exterior public displays heralding the original terminal’s historic significance and recognizing the key local and national leaders responsible for its creation. NetJets, the world’s largest private jet company, was founded at CMH in 1964 as Executive Jet Aviation (EJA) and originally headquartered in Port Columbus Hangar One, located several hundred feet from the original terminal. EJA co-founder, the late Air Force Brig. Gen. Paul Tibbets, Jr., will ultimately be among the individuals honored at OAS.

FSI, the world’s premier professional aviation training company and supplier of flight simulators, will be recognized as the named presenter for two flight simulator stations planned for OAS, with each station featuring a pair of simulators. One station will be available to the public among the first-floor OAS exhibits and displays featuring air and space pioneers from the state of Ohio. The second station will serve the aviation-themed Science, Technology, Engineering, Arts, and Math (AvSTEAM) youth learning center housed on the second floor of the OAS. As part of its support, FSI will further assist OAS in the selection and operation of these simulators.

The Ohio Air & Space Hall of Fame and Learning Center is a 501(c)(3) non-profit organization which seeks to highlight the state’s aviation pioneers, using their colorful legacies to help develop a skilled workforce and inspire future innovation essential to keeping Ohio as a leader in technology and aerospace.

The OAS capital campaign’s phase one goal will involve commencing the terminal’s renovation this year. Upon its completion, phase two will follow, raising additional funds to fully complete the project along with OAS staffing, operations, and programming needs.

Regarding the recent donation, OAS Executive Director Ron Kaplan said: “On behalf of our Board of Trustees and our many donors and partners providing early support to this worthy project, I thank global industry leaders NetJets and FlightSafety International for their robust commitment to our vital mission. We look forward to working closely with them to educate the aviation leaders of the future and ensure Ohio’s dominance in the world of aviation and aerospace.” 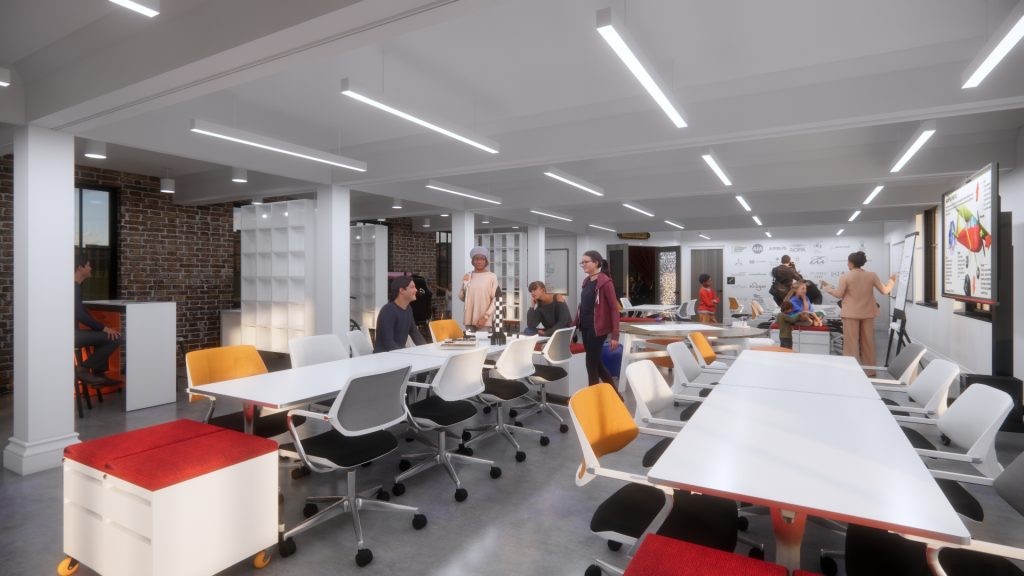 Adam Johnson, NetJets, Chairman, and CEO also noted: “We appreciate the opportunity to invest in the Ohio Air & Space organization and hopefully help inspire the next generation of leaders in aviation—right here in our hometown.”

Brad Thress, President and CEO of FlightSafety International complemented these declarations, stating: “We are particularly excited about helping OAS with the flight simulators that will be in their AvSTEAM youth learning center,” said. With education and continuous learning always top of mind at FSI, we are thrilled to be a part of this exciting endeavor.”