The National WASP WWII Museum, which celebrates the legacy of the Women Airforce Service Pilots and their important role in winning WWII, hosted an event this past weekend at Avenger Field in Sweetwater, Texas. This free and well attended event featured a warbird fly-in, which included a gathering of Vultee BT-13 and BT-15 Valiants. Once common in the skies all over the US, there are only about 25 of these iconic WWII-era trainers in the United States which are currently operable, and almost half of these (10 BT-13s and 1 BT-15) participated. To highlight the rarity of seeing so many Valiants at one event, EAA AirVenture Oshkosh typically has more than a half dozen of the type in attendance, so as the museum’s press release stated… “Little ol’ Avenger Field had 11 of these beauties, which made for a phenomenal day at the Museum airfield!” 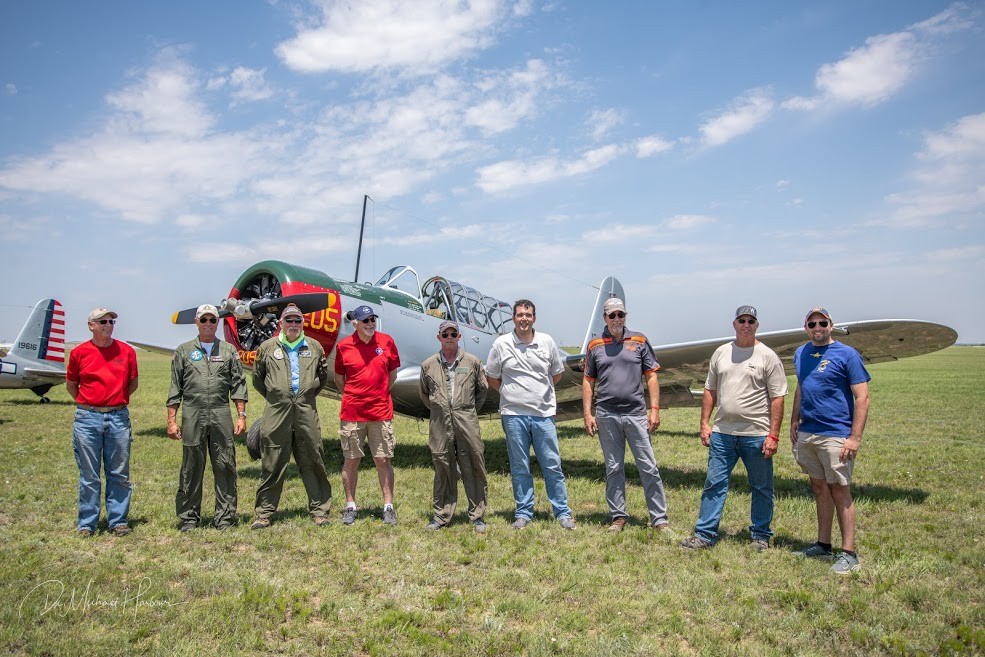 “The last time there were this many BTs in one place was in 1995 at the Wright Patterson Museum,” said Brian Laing, 27-year-old BT-13 owner/pilot and the event’s aircraft organizer. “Before that, it was WWII,” he continued. Many of these planes were flown by the WASP, the Women Airforce Service Pilots, trained female pilots that operated aircraft during World War II. The WASP played a significant role in opening many doors for women in the military, just as the Tuskegee Airmen were opening doors for people of color through their success in the Army Air Forces.

Event goers were able to witness a four ship formation of BTs. A pair each of currently-serving U.S. Navy and Air Force training aircraft, piloted by women, also made flybys. Air Force Col Carey “Mamba” Jones and Navy Lt Holly Pace were among the special guests in attendance, and there was even a surprise visit from Tammie Jo Shults, retired Southwest Airlines Captain of Flight 1380.

If you missed out on this past weekend’s event, or want to learn more, the museum is hosting a virtual event this coming Saturday, May 15th, featuring a variety of different speakers, including current and former Air Force pilots. The virtual affair was set up to ensure that everyone can be a part of the experience, even if they aren’t able to travel.

If you want to participate with friends, you can host a watch party dinner for the evening program and support the Museum in achieving its fundraising goals by having the Museum’s delicious barbeque delivered right to your door. Keep an eye on our events page for updates of upcoming celebrations. You won’t want to miss an opportunity to glimpse history in a fresh light. For more information visit www.waspmuseum.org