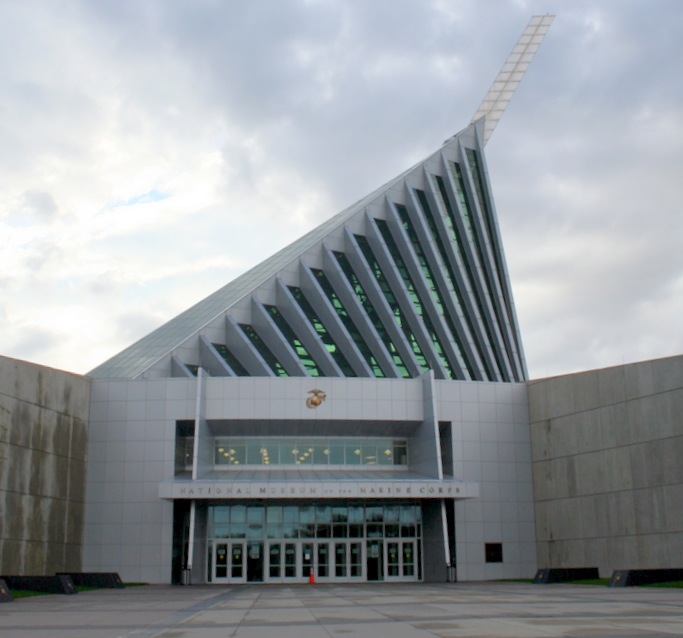 In furtherance of it’s long-term expansion plans, the National Museum of the Marine Corps of Triangle, Virginia, has unveiled the ambitious plans for it’s latest expansion. We recently reported on the restoration of one of the planes planned for the new exhibition space, a McDonnell Douglas F/A-18 Hornet that is being restored to static display standards and will exhibit the livery of a plane deployed during the period of the First Gulf War, Operation Desert Storm. The museum most recently completed the addition of over 12,000 square feet of exhibition space that they are presently using to cover the history of the Marine Corps from it’s founding during the American Revolutionary War through World War One. The museum as originally opened in 2006 spotlighted the Second World War through the Vietnam War, to give veterans who had participated in those conflicts a chance to see the exhibits before it was too late. This new expansion, a seven-year, $100 Million project will add nearly 90,000 square feet of exhibition space, nearly doubling the size of the facility and once completed, will document the history of the service from the end of the Vietnam War to the wars of today in Iraq and Afghanistan.

The expansion will open in stages and will feature the addition of an IMAX movie theater, opening in the first phase. Exhibits will cover Marine missions in Panama and Grenada, the deadly barracks bombing in Beirut, Lebanon; operations Desert Storm and Desert Shield; and the wars in Iraq and Afghanistan. The new wing also will house a host of authentic artifacts used during this period, including a Bell AH-1W Super Cobra helicopter, an M60A1 tank, an MRAP-All Terrain Vehicle, drones and more. Currently under restoration is a Boeing FB-5 and the aforementioned F/A-18A Hornet, The FB-5, which was also used by the Navy, was the United States’ first aircraft for carrier operations. Once restored, it will be added the the Inter-War Years Gallery, which focuses on Marine Corps history between World War I and II.
The restored Hornet will be displayed in a future gallery dedicated to Marine operations post-Vietnam. Other restoration efforts underway include a Douglas SBD-3 Dauntless dive bomber, the same type of aircraft used throughout the Pacific campaign in the Second World War and played a crucial role during epic battles like that on Iwo Jima where they softened enemy positions and provided close-air support.