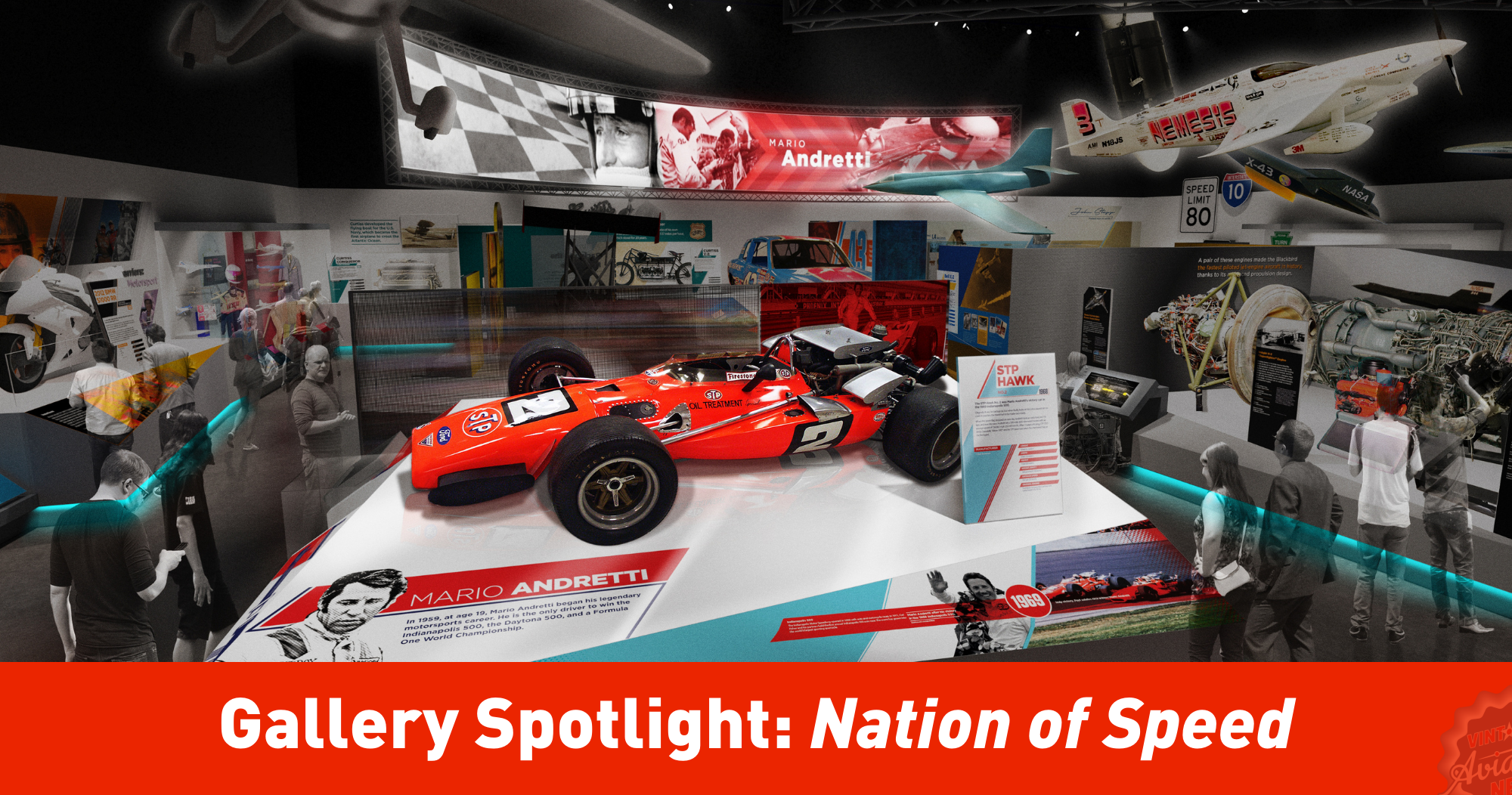 This week, the museum is spotlighting our upcoming Nation of Speed exhibition, which will be unlike any exhibition you’ve seen at the National Air and Space Museum. Nation of Speed will recount humankind’s desire to become the fastest on land, sea, air, and space in the pursuit of commerce, power, and prestige. The gallery will feature iconic vehicles known for going fast, including the Turner RT-14 Meteor and Sharp DR 90 Nemesis air racers, the Sonic Wind 1 rocket sled, Glenn Curtiss’s V-8 motorcycle, and Mario Andretti’s Indy 500-winning race car. Nation of Speed will be a portrait of human ingenuity — the technology developed to propel people faster and faster— and will explore how the pursuit of speed has shaped American culture and our national identity. Read on to explore stories and artifacts featured in the exhibition and to get a behind-the-scenes look at work being done in the gallery. 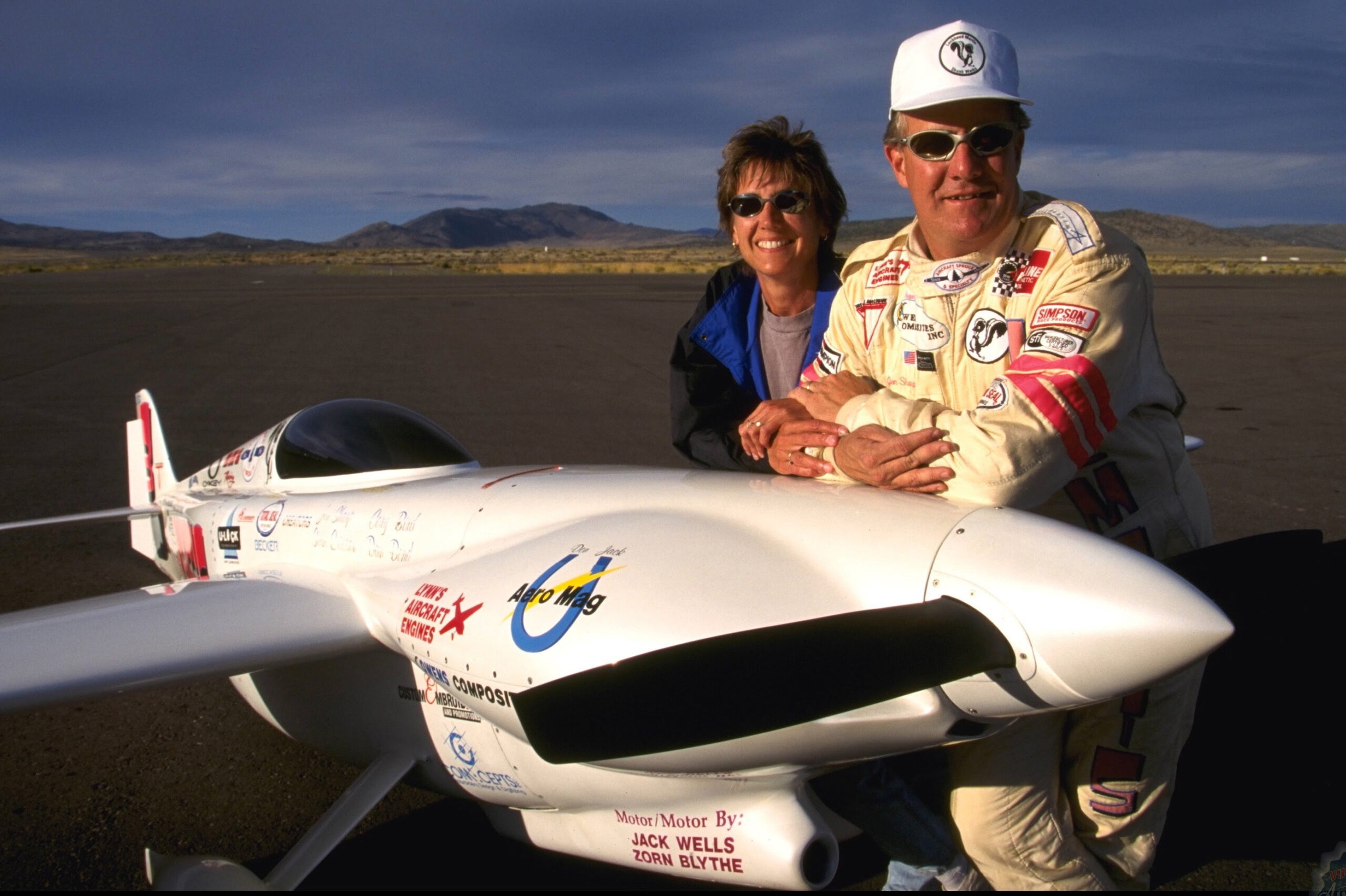 Pilot and air racer Jon Sharp and his Team Nemesis hold many of the most cherished records in air racing. Nemesis Air Racing is led by Jon and his wife Patricia, the composite designer who fabricates parts of the team’s aircraft. Team Nemesis has claimed speed records on every race course, flying in both the Formula One Nemesis aircraft and the Sport Class Nemesis NXT. Their prestigious pylon racing resumé includes a record 15 Reno Air Racing National Championships, making Sharp the winningest pilot in air racing history. Nemesis will be on display in Nation of Speed. Learn more about Jon and Patricia Sharp. 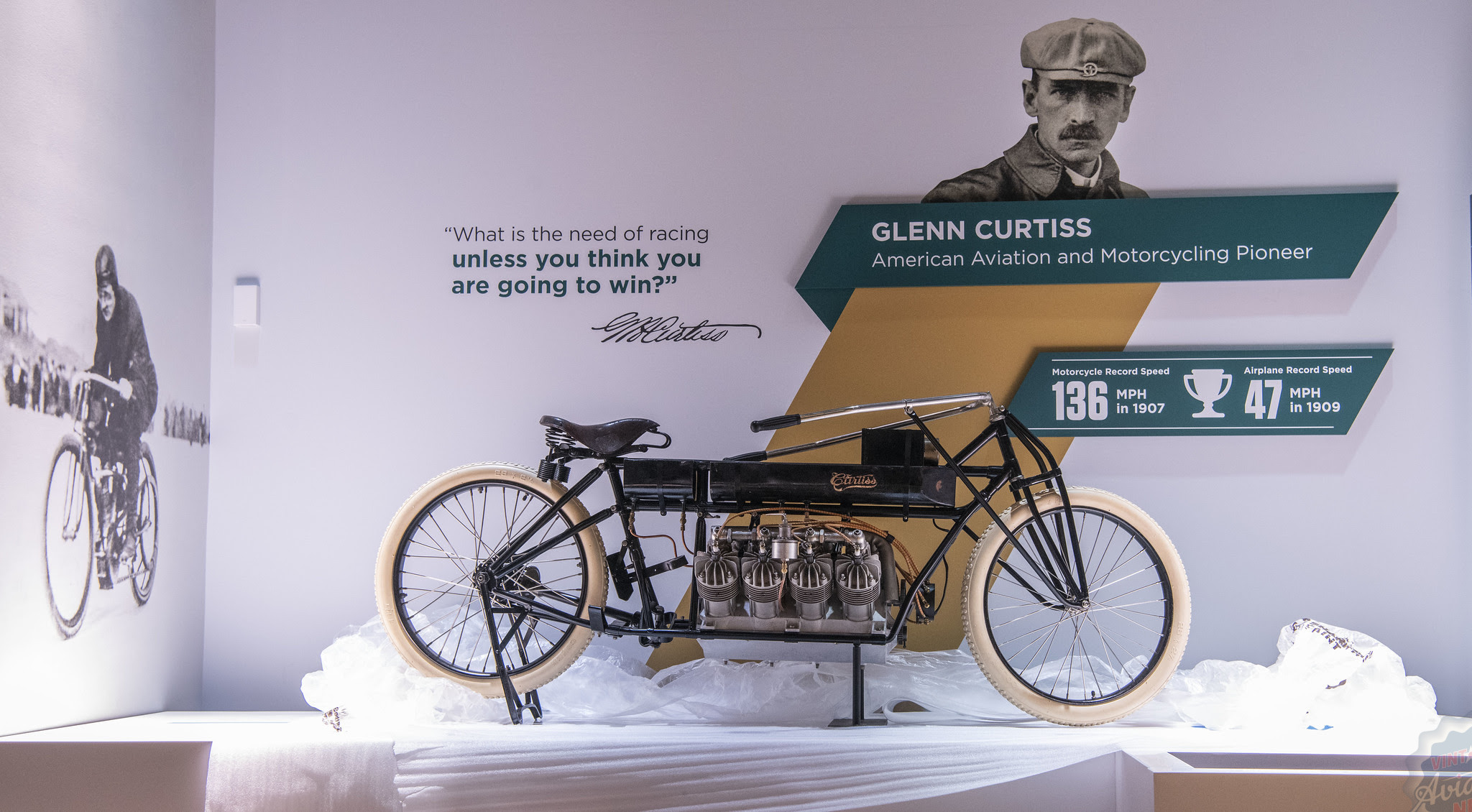 You may know Glenn Curtiss as an aviation pioneer, but before that he manufactured and raced motorcycles. He was especially interested in how fast he could move on a motorcycle with his V-8 engine. Curtiss took this motorcycle to the Florida Speed Carnival at Ormond Beach in 1907. He recorded a record-setting speed of 136 mph during his run and was dubbed “the fastest man on Earth.”

Over a century later, modern motorcycles have redefined what it means to go fast on two wheels. In 2016, Erin Sills set her own land speed record on the BMW S 100 RR motorcycle pictured below. She hit 219.3 mph from a standing start on a 1.5-mile track in Mojave, California. Later that year, Sills rode the same bike to three more records at the Bonneville Salt Flats. Sills was the 2014 American Motorcyclist Association Female Athlete of the Year. Her company, Hunter Sills Racing, is a female-owned motorcycle racing team with other national, world, and Guinness World speed records.

Speed was at the center of both the United States and the Soviet Union’s Cold War strategies. America’s resolve during the Cold War spurred innovations in military aircraft and preparedness. A new generation of high-speed reconnaissance and fighter aircraft took shape to fly higher, faster, and farther. America explored faster aerodynamic designs and a new form of propulsion that enabled supersonic flight: the jet engine. Read more in a new blog.