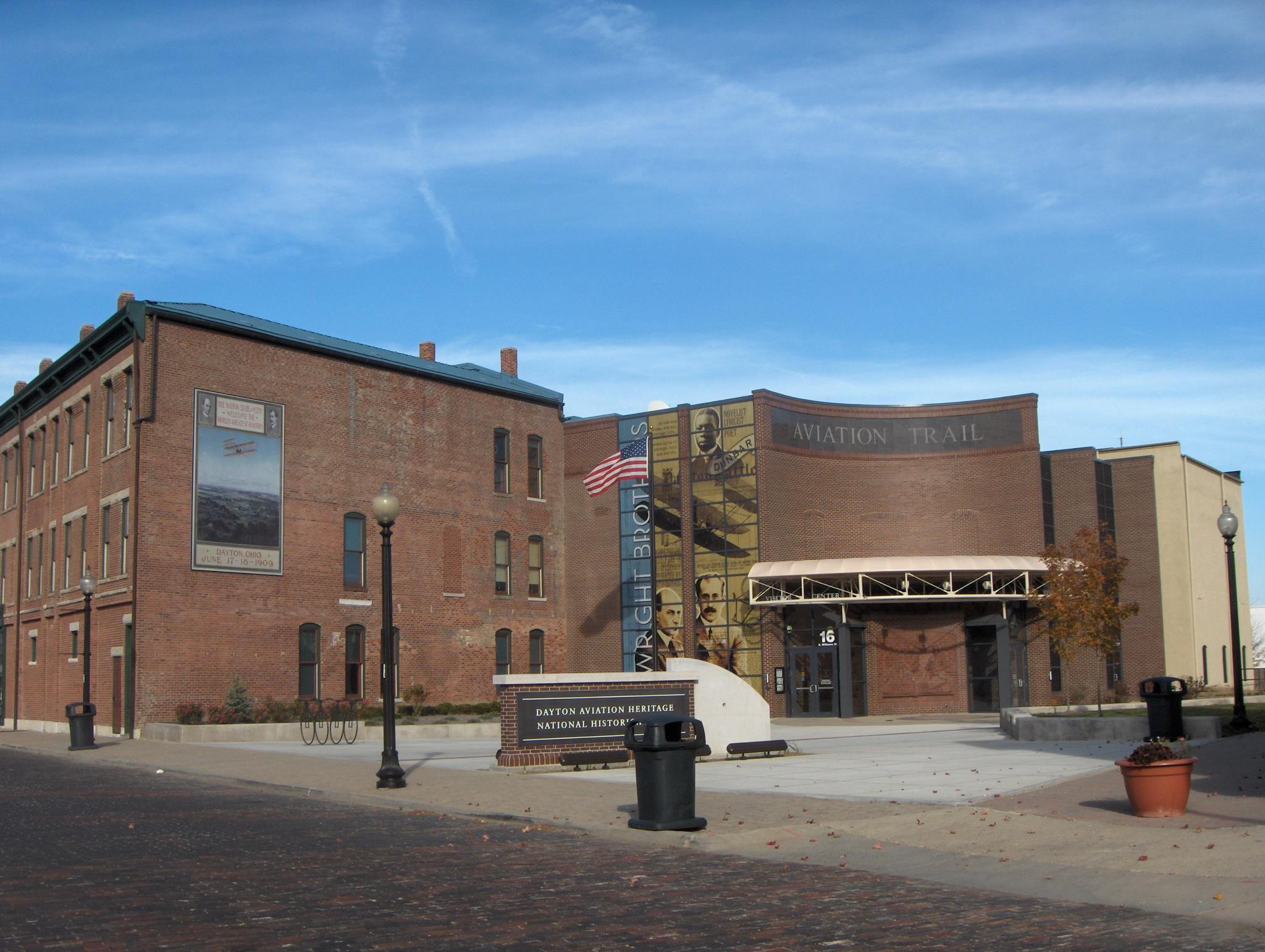 PRESS RELEASE—The National Aviation Heritage Alliance (NAHA) named architect Steve Brown as the winner of the Ivonette Wright Miller Award at its 2014 annual meeting on Tuesday, Aug. 26.NAHA also awarded its Wick Wright Award to the Dayton Foundation and its PROPS (Partner Recognition of Phenomenal Support) Award to Dayton History.Brown received the Ivonette Wright Miller Award, named for the niece of Wilbur and Orville Wright, for his dedication to volunteerism, which has spanned more than three decades and encompassed more than NAHA and its partners. He helped shaped the vision of the Dayton Aviation Heritage National Historical Park and has played a key role in developing the concept for the Wright Image Group’s planned Triumph of Flight monument at the Interstate 70-75 interchange.“Steve has been involved in creating visitor experiences at places like Wright-Patterson Air Force Base, the City of Dayton, the Engineers Club, Aviation Trail, the National Aviation Hall of Fame and Woodland Cemetery,” Tony Sculimbrene, NAHA executive director, said in announcing Brown as the winner.

Brown is also an avid flying enthusiast, holding ratings in powered airplanes, gliders and balloons.The Wilkinson “Wick” Wright Award, named for the grandnephew of the Wright brothers, honors an individual or organization that has provided outstanding support to a NAHA partner. The Dayton Foundation received the award for its significant contributions and support to the Wright Family Foundation and its involvement with Hawthorn Hill, the final home of Orville Wright.

“The Dayton Foundation’s generosity and leadership in support of this Alliance partner has done much to preserve the Wright family home, one of the most important aviation assets within the National Aviation Heritage Area,” NAHA Chair Frank Winslow said. Mike Parks, Dayton Foundation president, accepted the award.The PROPS Award honors a NAHA partner that has significantly helped another NAHA partner. Dayton History received the award for taking on the huge challenge of accepting ownership of Hawthorn Hill from the Wright Family Foundation.

“Dayton History’s commitment to the Wright home truly fits the definition of phenomenal,” Winslow said. Brady Kress, president and CEO of Dayton History, accepted the award.Also at the meeting, NAHA recognized the 30th anniversary of the National Heritage Areas, a National Park Service program that began on Aug. 24, 1984 when then President Ronald Reagan signed into law the establishment of the Illinois and Michigan National Heritage Corridor. It’s also the tenth anniversary year of NAHA, one of now 49 National Heritage Areas and the only one dedicated to aviation heritage.