On Nov. 17 the Museum’s Navy F/A-18C Blue Angel was relocated from a corner in the Aviation Pavilion to its new home on free display atop a pedestal near the Museum’s south lawn entrance. Canted skyward to a height of almost 4-stories, the plane is a tribute to the Blue Angels and the spirit of flight.

This particular F/A-18 Hornet joined the U.S. Navy Blue Angels flight team in early 2004, and served with them until 2016. Nicknamed Holly by its Blue Angels crew, Holly was a fixture in Seattle skies during the city’s annual Seafair air shows. The plane has been exhibited in the Museum’s Aviation Pavilion since August 2016. The new location is a fitting welcome to the Navy team and their fans who find a home at the Museum every summer during Seafair week. 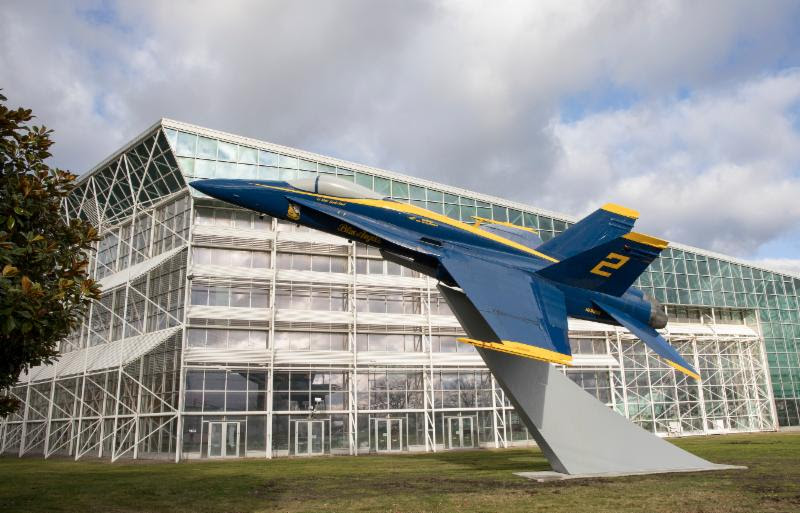 Number 2 has a distinguished combat record. It was delivered to its first squadron, Strike Fighter Squadron (VFA) 87, in 1986. It was used in combat operations during Operation Desert Storm and Operation Southern Watch over Iraq, and Operation Continue Hope in Somalia. The plane was also flown over Afghanistan after 9/11, and flew strikes over Iraq in 2003.