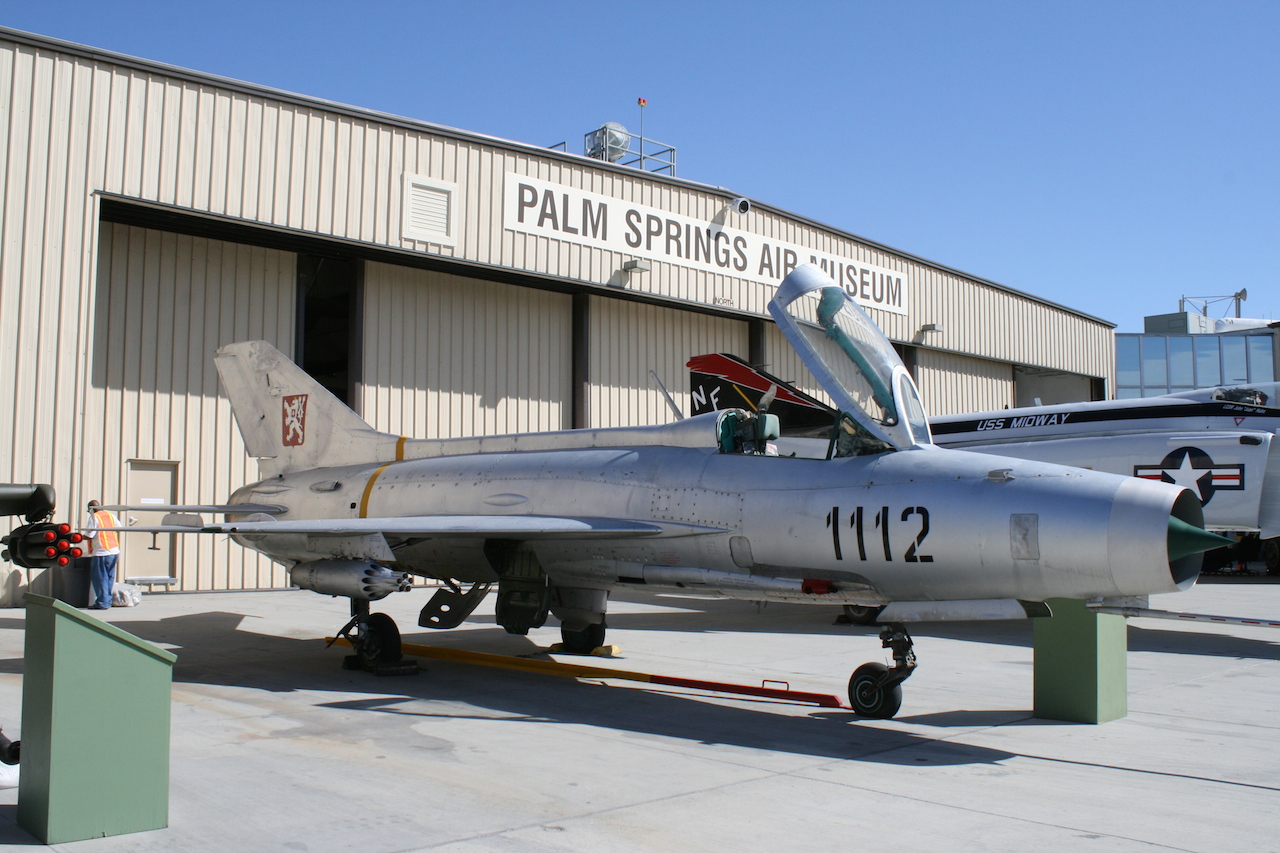 Saturday, Jun 19- From 1 – 3 PM, Aviation enthusiast will have the opportunity to sit behind the controls of the Mig-21 as the Palm Springs Air Museum hosts its traditional “Open Cockpit” event.The Palm Springs Air Museum’s  Mikoyan-Gurevich MiG-21F “1112” is former Czechoslovakian Air Force plane.The plane was brought to the United States by a Czech emigre Stefan Hornack who brought his collection of Eastern Bloc warbirds over with the hopes of setting up a new museum. Unfortunately Hornack was killed in a car accident before he could bring his dream to fruition and his collection has been dismantled.Stefan’s Widow donated the MiG-21F to PSAM and the plane was restored to its original Czech Air Force colors and markings