The Hickory Aviation Museum at Hickory Regional Airport in Hickory, North Carolina had a busy 2021, with the arrival of several new airframes, including OV-1D Mohawk 62-5874, FM-2 Wildcat BuNo.16278 and A-6E Intruder BuNo.155629. The advent of 2022 finds their growing aviation collection of nearly two dozen aircraft will soon receive yet another historic addition, this being McDonnell F-101B-50-MC Voodoo 56-0243.

This particular aircraft is presently with the Carolinas Aviation Museum at Charlotte-Douglas International Airport in Charlotte, North Carolina. That museum is presently undergoing transition, with the Voodoo being surplus to their requirements. On loan from the National Museum of the U.S. Air Force, this F-101 is known to have received modifications from a B-model interceptor into a TF-101F dual-control trainer. While the aircraft’s military history is presently unavailable it likely retired sometime during the late 1970s. Spared from scrapping, it eventually went on public display at the sadly moribund Florence Air & Missile Museum in Florence, South Carolina. When that organization folded in 1997, the Carolinas Aviation Museum gained the airframe on loan, placing it on display outside their facility during June, 1998. Presently, members of the Hickory Aviation Museum are in the process of disassembling the Cold War jet in Charlotte, and hope to move it the relatively short distance to its new home in Hickory over the next few months. 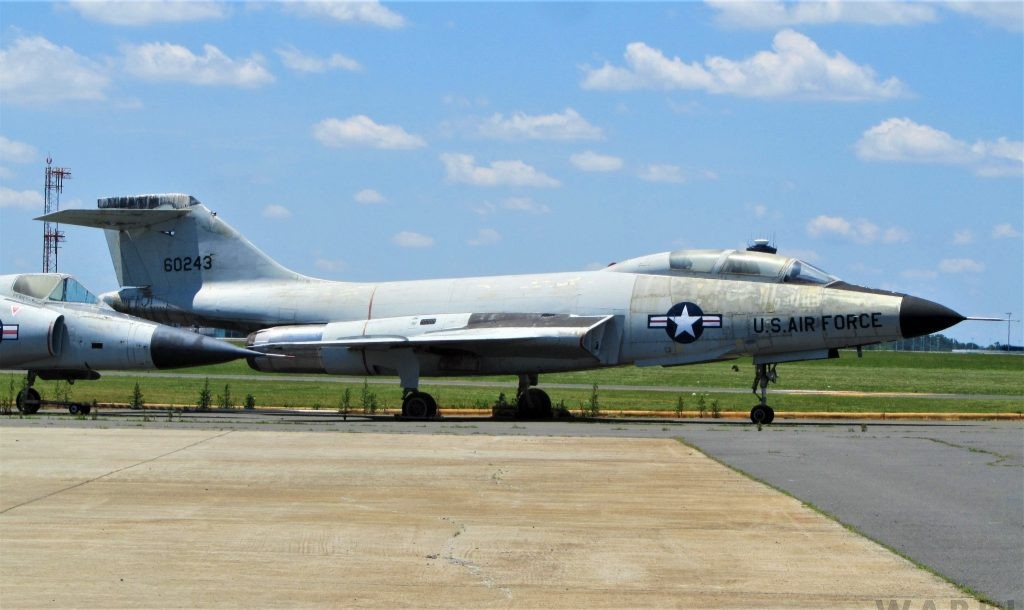 In further  Hickory Aviation Museum news, organization volunteers have been re-assembling the Grumman A-6E Intruder which they trucked in from Quonset Point, Rhode Island late last year. In a recent Facebook post, the museum noted: “Here are a few photos of the A-6E Intruder as work progresses in the re-attachment of the wings. We’re getting closer to being able to re-attaching the outer sections where they fold. The vertical stabilizer is in place and then we’ll do the horizontal stabilizers. Thanks to volunteers Jim and Larry for their hard work and beautiful craftsmanship as the Intruder becomes a complete aircraft again!”

They will eventually refurbish the airframe, returning it into a magnificent exhibit in due course. To help fund this effort, the Hickory Aviation Museum has initiated a fund raiser HERE.

About the Museum: The Hickory Aviation Museum is located at the Hickory Regional Airport (HKY) in Hickory, North Carolina and is a 501(c)(3) Non-Profit organization. The interior of the Hickory Aviation has artifacts and memorabilia ranging from WWII to the present day. Including an exhibit about famed North Carolinians Bill and George Preddy, provided by the Preddy Foundation. Models are on display which depict how aircraft designs changed over time from the Wright Flyer of 1903 to the present-day F/A-18 Hornet. The Naval Aviation Annex is located in the old baggage claim area. Various artifacts are on display including an F-14 Camera Pod, two 20mm Vulcan cannons, one carried in an F-14, the other in a F/A-18 Hornet. USN and USMC uniforms are on display along with models of a WWII-era aircraft carrier and a modern Nimitz Class Carrier.