The last Grumman F-14 Tomcat in service with the US Navy will be moved to the Cradle of Aviation Museum in Uniondale. The F-14’s fate had been uncertain after a California company agreed to purchase the former Grumman Corp. office and surrounding land.

F-14D  Tomcat BuNo 164603 is number 711 of the 712 Tomcats built, and the last Navy Tomcat to ever fly. Delivered to the Navy on May 29, 1992, it completed its 14 years of service with VF-31, the last F-14 squadron. This proud aircraft was returned “home” to Long Island on October 4,  2006, to become an enduring symbol of the spirit of innovation and teamwork, and to serve as a lasting reminder of the importance of what Northrop Grumman employees do every day to provide for our men and women in uniform.

Felix 101 has been parked at 600 Grumman Rd. West since 2008 when Grumman’s successor, Northrop Grumman Corp., and the Grumman Retiree Club, a former employees group, created a monument. Accordingly to the Cradle of Aviation Museum president Andrew Parton, the corporation and retirees club have agreed to the Cradle of Aviation assuming responsibility for the plane’s future upkeep.

Northrop is going to with the transportation of the Tomcat to the museum and it will be restored in the restoration hangar over a period of time. The Cradle of Aviation Museum is considered the keeper of the legacy of Grumman, in fact, its collection includes other Grumman aircraft and the Grumman-built Lunar Module from the Apollo moon-landing program.

From a museum collection, it is pretty remarkable that the Cradle of Aviation Museum hosts the oldest F-14 that survives and the one coming in is the last American F-14 to fly.

The Cradle of Aviation Museum is an aviation and spaceflight museum located in East Garden City, New York on Long Island to commemorate Long Island’s part in the history of aviation. It is located on land once part of Mitchel Air Force Base which, together with nearby Roosevelt Field and other airfields on the Hempstead Plains, was the site of many historic flights. In fact, so many seminal flights occurred in the area, that by the mid-1920s the cluster of airfields was already dubbed the “Cradle of Aviation”, the origin of the museum’s name. The museum originally opened with just a handful of aircraft in the un-restored hangars in 1980. A major renovation and expansion program in the late 1990s allowed the museum to re-open in a state-of-the-art facility in 2002. Additional expansion plans are currently under development. For more information and to support the museum, visit www.cradleofaviation.org 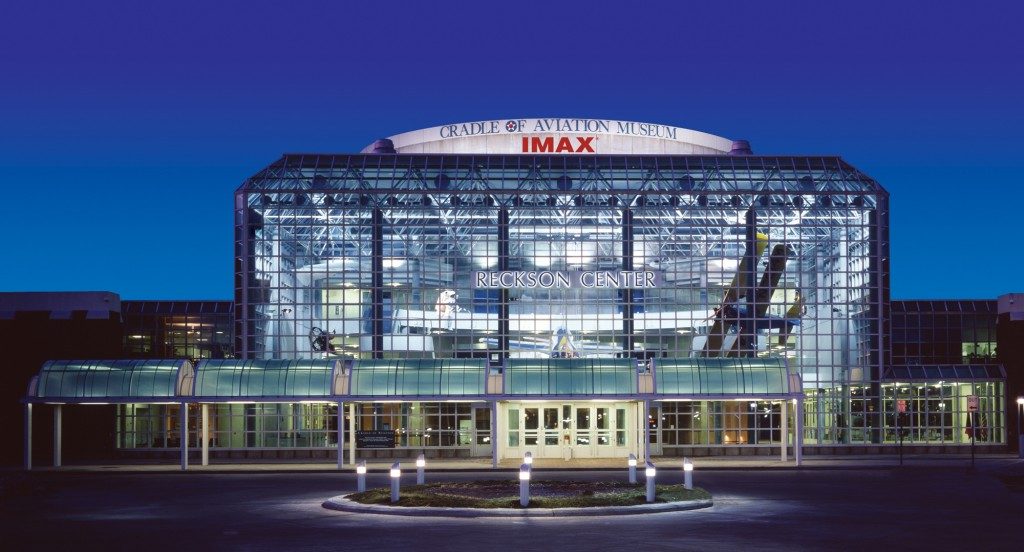