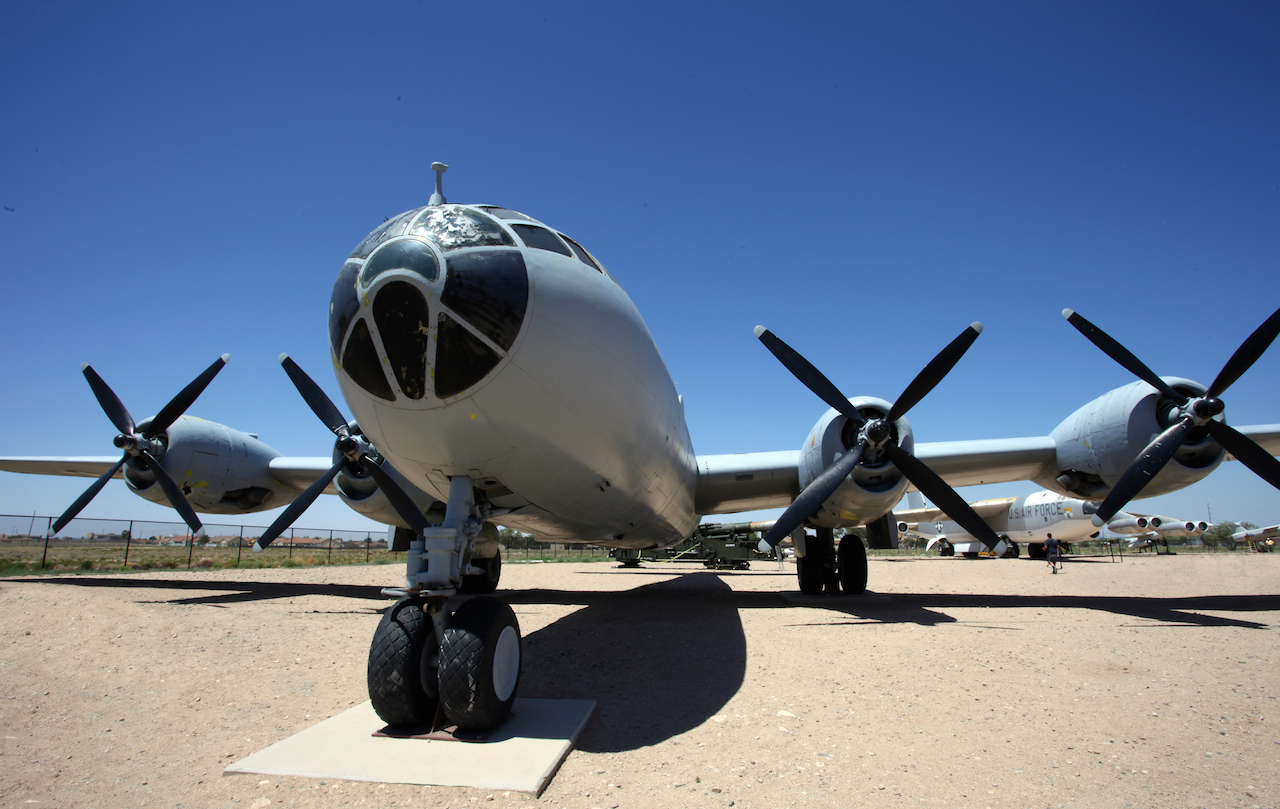 PRESS RELEASE – Albuquerque, NM –  The National Museum of Nuclear Science & History will launch an ambitious campaign through Kickstarter – a funding platform for creative projects, directly supported by individuals who pledge money – April 15 through May 15, to purchase the paint for the restoration of the Museum’s iconic B-29 Superfortress.The B-29, one of only 17 complete aircraft left in existence suitable for display, is on display in Albuquerque’s National Museum of Nuclear Science & History’s 9-acre outdoor exhibit area known as Heritage Park. The historic B-29 is the current focus of the Museum’s larger restoration campaign, “Operation Preservation,” a two-year campaign to repaint and refurbish multiple aircraft in Heritage Park. “Since one gallon of paint for the B-29 costs $460 and one gallon of primer costs $300, the Museum’s staff decided to incorporate Kickstarter in order to ‘kick start’ the fundraising aspect of the B-29 restoration project,” said Jim Walther, Museum Director. 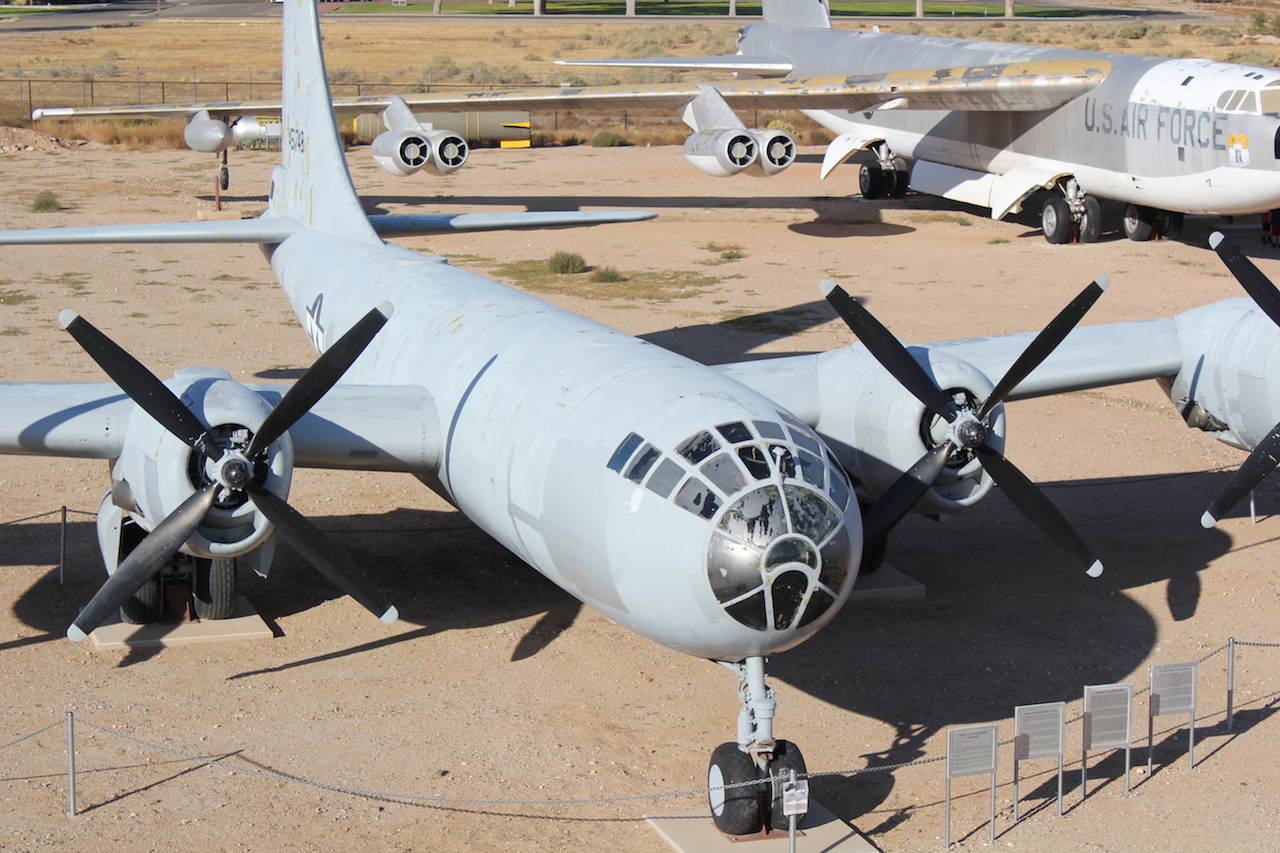 The total restoration cost for the B-29 Superfortress is expected to be $140,000. Approximately 1/3 of this cost will be paid for by the Kickstarter campaign where the Museum will aim to raise $44,000 in a one-month time frame. If this campaign reaches its goal in the allotted time of one month, the Museum will be able to purchase paint and primer, prepare the surface of the aircraft and then paint the fuselage and wings. Any additional funds raised will go toward the purchase and installation of new windows on the B-29.Through Kickstarter, the Museum is asking individuals to “Help Restore the B-29 Superfortress to its Former Glory” and to become a member of the B-29 Restoration Team by making a monetary donation. Restoration of the B-29 will begin this spring under the supervision of Major Jerry Hanks, Heritage Park Restoration Coordinator, who also led the successful restoration of the Museum’s F-16 Fighting Falcon in 2014.

The target completion date for the B-29 restoration is August 9, 2015, to celebrate the 70th anniversary of the end of WWII and to coincide with the anniversary of its delivery from Boeing to the Air Force on August 9, 1945. As a long-range, propeller-driven bomber – with a width of 141 feet and 3 inches, length of 99 feet and height of 29 feet and 7 inches – the B-29 Superfortress was one of the largest aircraft to have seen service during WWII.Contributions to the B-29 Superfortress restoration can be made online at nuclearmuseum.org which will also provide links to the Kickstarter campaign. 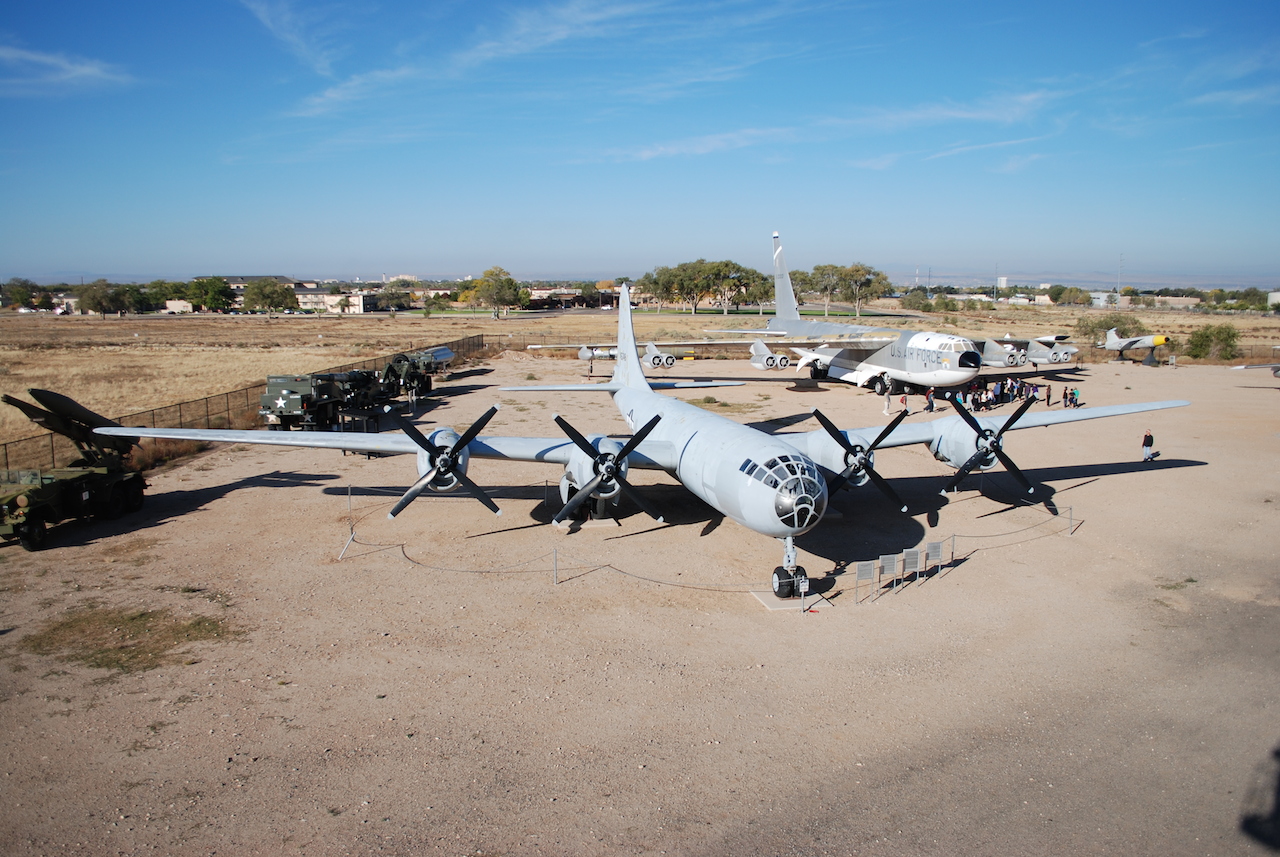 Click HERE to visit the Kickstarter page and make a donation.

The National Museum of Nuclear Science & History is located at 601 Eubank SE in Albuquerque, New Mexico. Formerly the National Atomic Museum, which opened in 1969 and was chartered by Congress in 1991, the Museum serves as a repository and steward of nuclear-related historical items and is a Smithsonian affiliate. The Museum is open 9 a.m. to 5 p.m. 361 days a year. The Museum’s website is www.nuclearmuseum.org and the phone number is 505-245-2137.