The Jet Age Museum at Gloucestershire Airport in Staverton, UK is to reopen later this month, almost 13 years after it closed. Scheduled to open to the public on Saturday August 24th, the facility will be doing a “soft open,” initially open to the public only on weekends and holidays. 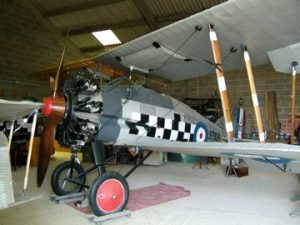 The museum’s collection of landmark aircraft concentrates on the rich aviation history of Gloucestershire and the Gloster Aircraft Company that called it home. The collection includes an extraordinary collection of Gloster’s landmark warbirds including a Gloster Javelin on loan from the Royal Air Force Museum, three Gloster Meteors, an English Electric Canberra, a De Havilland Vampire as well as several on-going projects including building a replica of a Glouster Gamecock, a replica Gloster E28, and the restoration of a Gloster Gladiator. 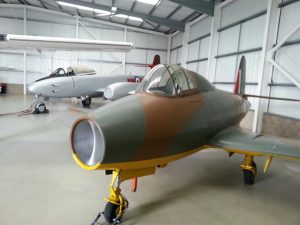 The collection was scattered after the museum’s old WWII-era hangar needed to be demolished, it took years of fundraising for the group to raise the £300,000 ($465,000 US) for the construction of the new facility. The museum’s exhibits were scattered to various storage facilities all these years and the collection has been re-coalessing at the new location over the past few months. New additions have been added as well, including a Gloster Meteor that was recently airlifted to the site by the RAF. Even with the frenzy of activity associated with preparing the display hangars the museum’s volunteers have managed to get the planes spruced up and ready for their public display.