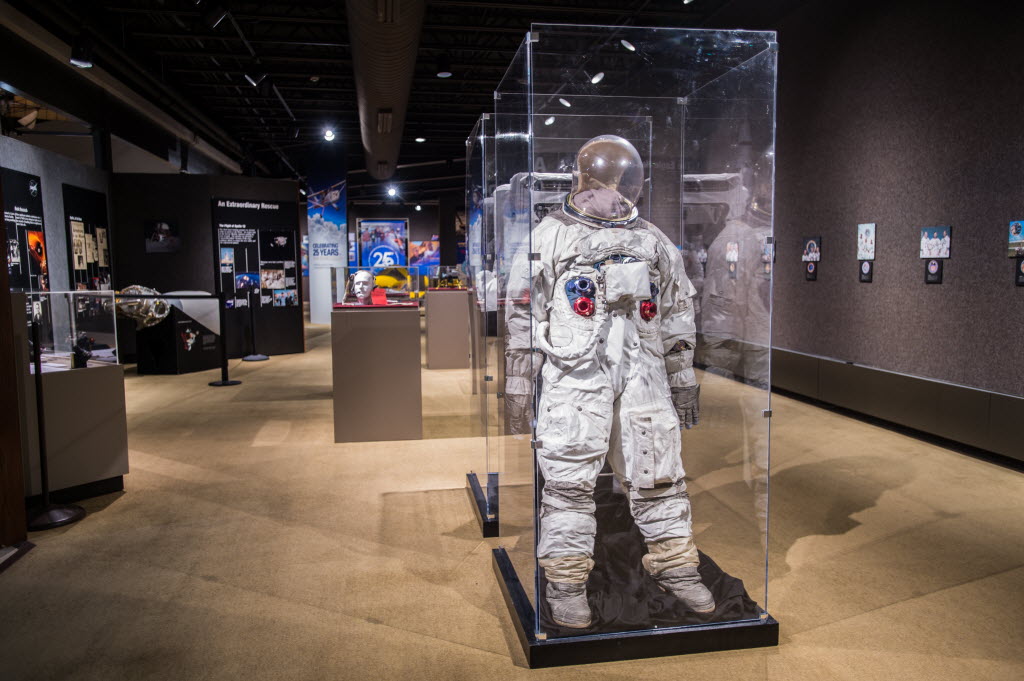 EAA will commemorate the Apollo program now through October through a new exhibit featured at the EAA Aviation Museum. The exhibit, which is provided by NASA, focuses on the Apollo missions and pays homage to other NASA missions.

The exhibit includes photos of each manned Apollo crew and each of the American crews that went to space for the Skylab and Apollo-Soyuz missions. It is part of the effort to commemorate the astronauts who contributed to the space program. Many of them will be attending EAA AirVenture Oshkosh 2017 as part of EAA’s Salute to Apollo.

“With the Apollo celebration coming to AirVenture, NASA wanted to include some things that were reflective of the astronauts who are going to be here,” said Bob Campbell, EAA Aviation Museum Director. “The artifacts in the exhibit tie in nicely with the Apollo commemoration at AirVenture.”

The exhibit also includes models of spacecraft used in the Mercury, Gemini and Apollo missions, a moon rock brought back during Apollo 15, a lunar module ascent stage engine that was space flight worthy, a space suit, other lunar surface gear and plenty of photographs giving the history of the Apollo program. 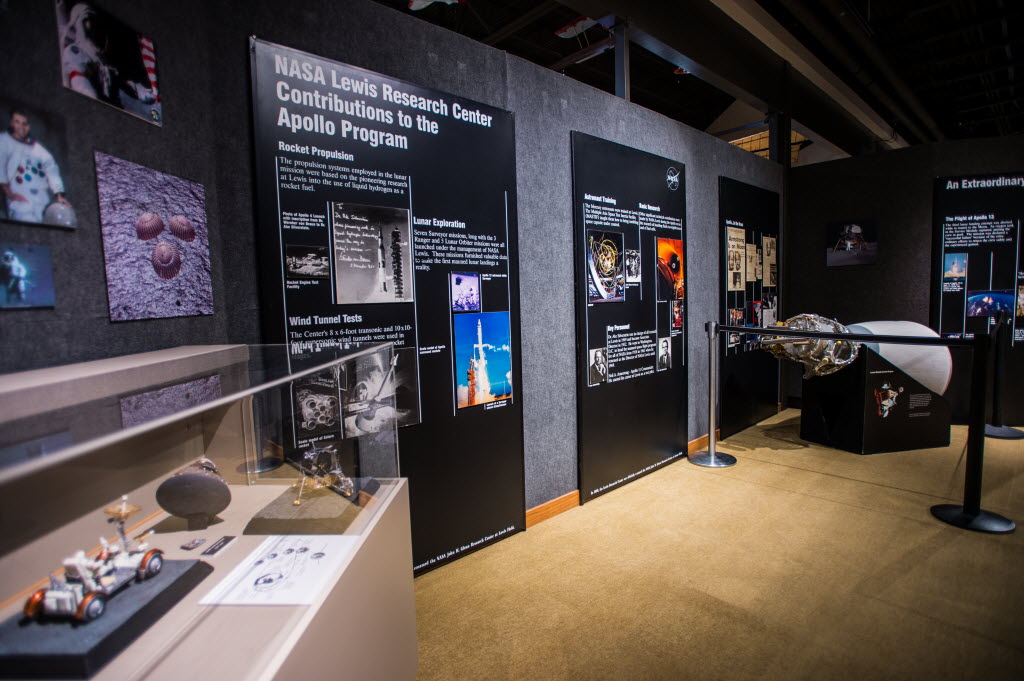 “The overall scope is commemorating and celebrating NASA and Apollo,” said John Oldham, exhibits specialist and lunar sample coordinator at NASA’s Glenn Research Center. “The Apollo mission was more than just the missions that went to the moon, so we tried to give a bit of a timeline.”

Visitors to the EAA Aviation Museum now through October can see all of NASA’s items and learn the history behind of Apollo missions as well as other NASA missions leading up to and resulting from Apollo. Admission to the exhibit is free for EAA members and included in the cost of museum admission for nonmembers. 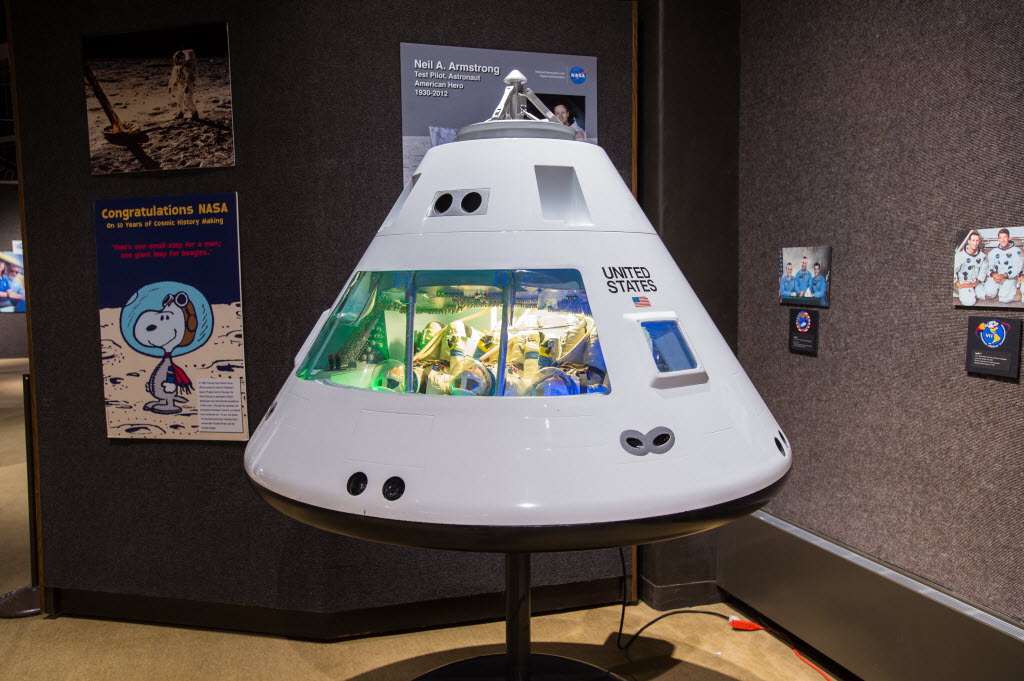