On October 23rd, the museum announced the addition of another rare airframe, this being a Gyrodyne YRON-1 Rotorcycle (s/n 4013) on loan from the National Naval Aviation Museum in Pensacola, Florida. The aircraft is complete with original rotor blades and is in pristine condition. 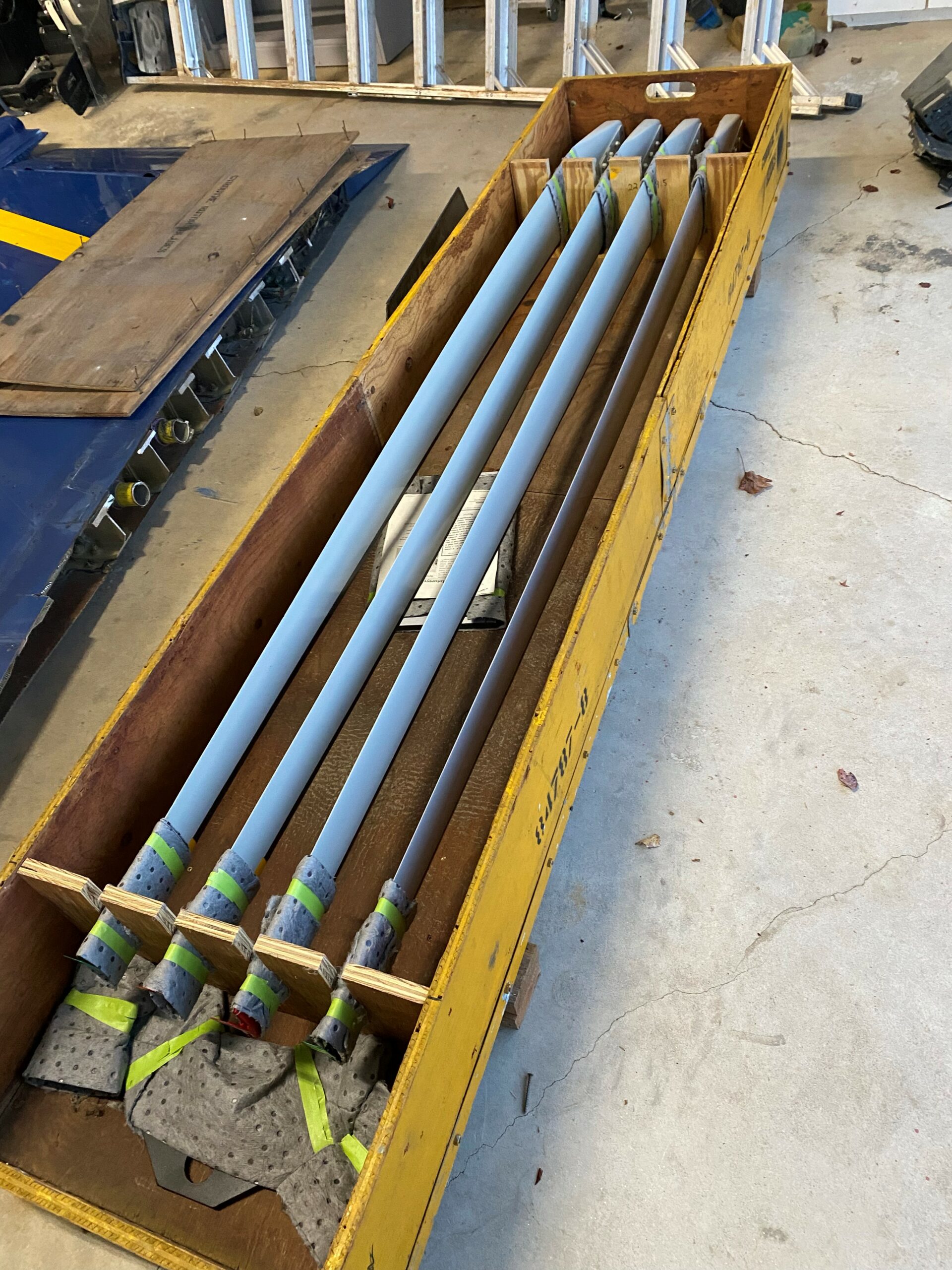 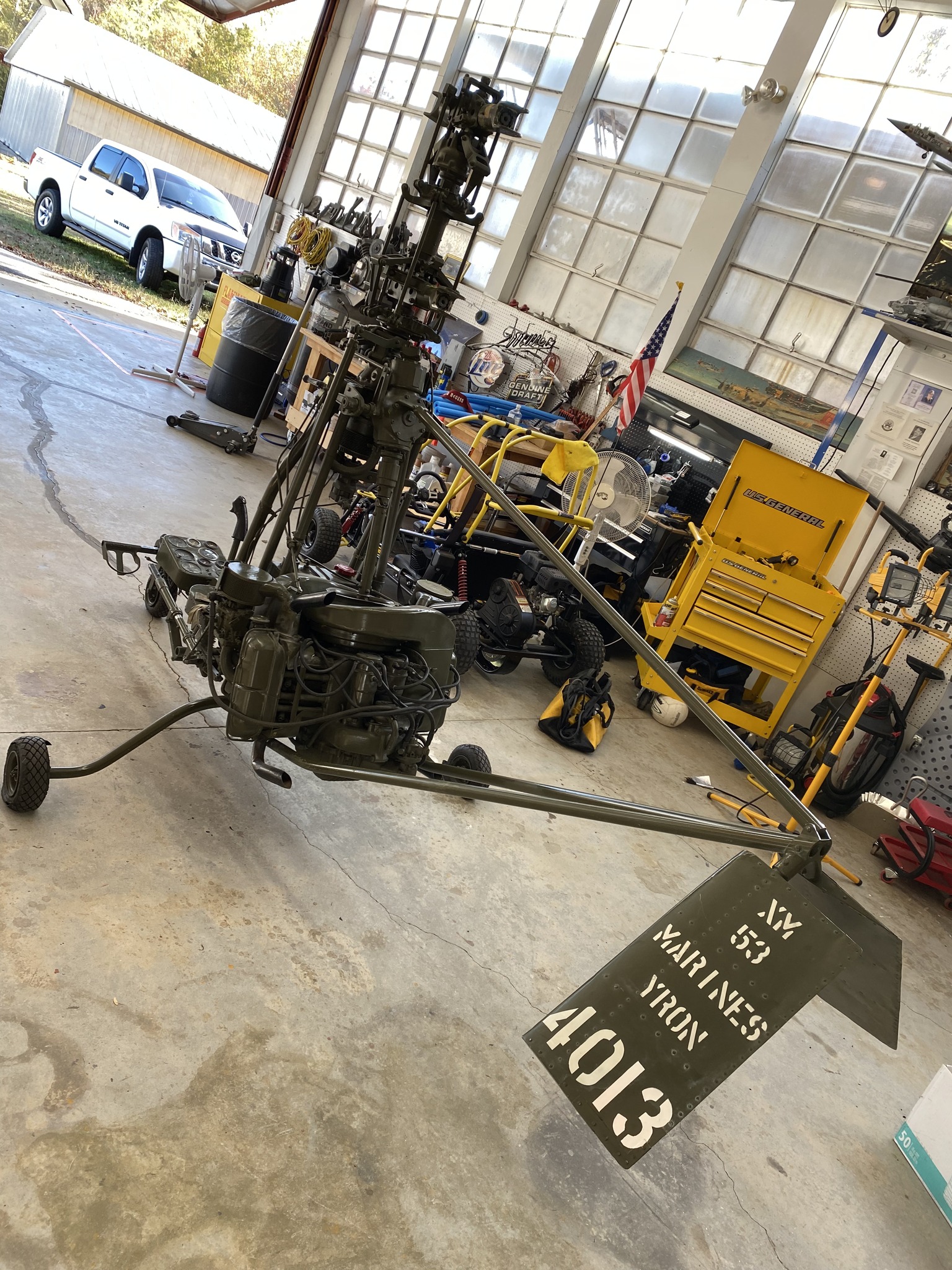 Gyrodyne built 10 prototype Rotorcycles for the U.S. Navy, but the design was later adapted to serve a U.S. Marine Corps requirement for a small, single seat helicopter which could be used for battlefield observation. They also saw the possibility of using the Rotorcycle to retrieve downed airmen from behind enemy lines by parachuting the device down to them so that they could fly themselves to safety.
During flight testing, however, the Rotorcycle did not perform well; the various engines which they tested tended to overheat, and the type was also a handful in the air. By 1959, the Marine Corps abandoned the project, reasoning that it was both too heavy and too difficult to fly. Even so, the US Navy saw promise in the coaxial rotor design, which allowed for a more compact airframe due to the elimination of a standard helicopter’s stabilizing tail rotor. They contracted Gyrodyne to improve the design and produce a new prototype which could be flown remotely by radio control for anti-submarine warfare. This led to the development of the remote-controlled QH-50 DASH anti-submarine drone which served for several years on smaller Navy escort ships which could not support a full-sized helicopter.

For more information about this rare aircraft, please seek out the Gyrodyne Helicopter Historical Foundation (GHHF), a non-profit 501c3 organization dedicated to the advancement of the education and preservation of the history of the Ships, the Men and the Company which built, operated, and flew the U.S. Navy’s QH-50 Drone Anti-Submarine Helicopter (DASH) System and to the preservation of the history of the U.S. Army’s past use of DASH. Their website is located at www.gyrodynehelicopters.com 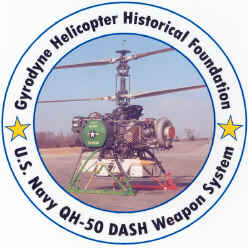 The Hickory Aviation Museum is located at the Hickory Regional Airport (HKY) in Hickory, North Carolina, and is a 501(c)(3) Non-Profit organization. The interior of Hickory Aviation Museum has artifacts and memorabilia ranging from WWII to the present day. Including an exhibit about famed North Carolinians Bill and George Preddy, provided by the Preddy Foundation. Models are on display that depict how aircraft designs changed over time from the Wright Flyer of 1903 to the present-day F/A-18 Hornet. The Naval Aviation Annex is located in the old baggage claim area. Various artifacts are on display including an F-14 Camera Pod, and two 20mm Vulcan cannons, one carried in an F-14, the other in a F/A-18 Hornet. USN and USMC uniforms are on display along with models of a WWII-era aircraft carrier and a modern Nimitz Class Carrier. For more information, please visit www.hickoryaviationmuseum.org