In late 2020, the Great War Flying Museum, based out of Brampton-Caledon Airport just northwest of Toronto in Ontario, Canada, completed an important expansion of their hangar which houses a significant fleet of full-sized replica WWI-era military flying machines. The presently airworthy aircraft include a Fokker Dr.I Triplane, Fokker D.VII, Sopwith 1½ Strutter, Nieuport 28 plus an 80% scale Royal Aircraft Factory SE-5a. Two additional aircraft are under active rebuild/construction as well.

The expansion became necessary after the recent restoration of the museum’s Fokker D.VII to airworthy status. The hangar had become too crowded. Besides their aircraft, the hangar houses an engine maintenance room, instrument shop, working members and visitors. Given the completion of this new 1200 sq. ft. expansion, the museum now has the opportunity to bring in the museum’s full-sized SE-5a for a major overhaul and restart work on their Sopwith Camel replica.

Operated by the Ontario Aviation Historical Society, the all-volunteer, not-for-profit organization formed in 1970, when several members of the Brampton Flying Club decided to focus on their passion for WWI-era aircraft. They purchased their first aircraft,  a scale replica SE-5a, which Gogi Goguillot, a well known amateur aircraft builder in Langley, British Columbia had constructed. They trucked the elegant biplane fighter all the way back from BC, and still fly her regularly at air shows. The organization’s rookie pilots usually cut their teeth on this aircraft as they come on line as performers. It is also the only non-full-scale replica in their fleet, with all subsequent aircraft being at full scale and based upon original drawings. 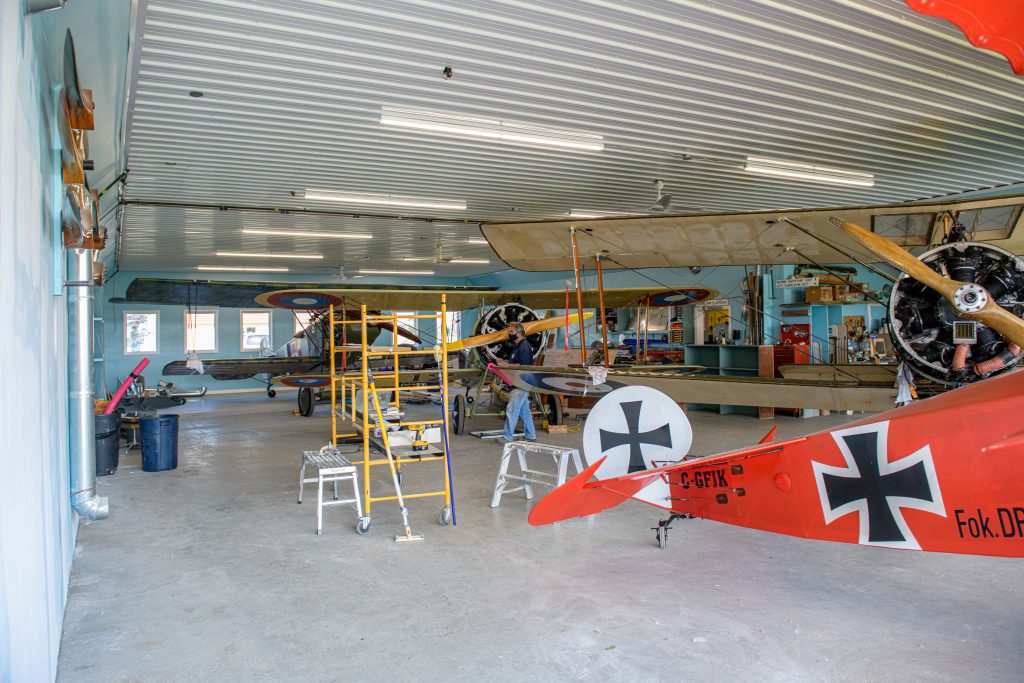 As noted, the museum’s fleet comprises the following:

Museum volunteers performed the majority of the hangar extension construction work, from foundations to rooftop, which is a real testament to their talent and dedication. Funding for this effort received help with a generous donation from the Town of Caledon, in recognition of the museum’s place as a significant cultural destination. 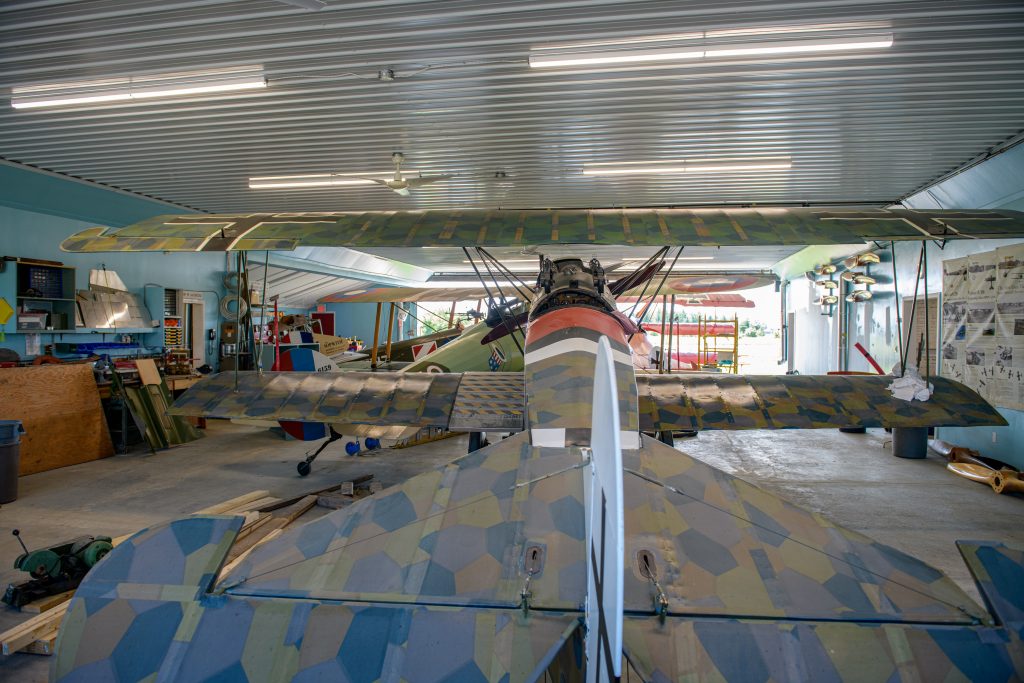 The Great War Flying Museum celebrated its 50th anniversary in 2020, but sadly the pandemic forced their closure to visitors, so hopefully 2021 will provide the opportunity for proper celebrations. Despite these difficulties, maintenance operations have  proceeded when possible and the curatorial team is working from home, but they hold great optimism for the future once they can re-open!