The iconic Lancaster ‘G for George’, code AR-G, serial number W4783, operated by No. 460 Squadron during World War II, was recently disassembled by a team from the Air Force History and Heritage Branch and the Australia War Memorial Collections Services, during a four-week period.

The Lancaster has been one of the most popular exhibits at the Australian War Memorial and has been on display in Anzac Hall since early 2000s. Anzac Hall will soon be demolished to make way for a new larger hall that will house displays being developed over the next few years.

Built in 1942, G for George was in active service until it retired in 1944. G for George flew 89 operational sorties over occupied Europe with 460 Squadron, and is the second most prolific surviving Lancaster, behind R5868 S for Sugar of No. 83 Squadron RAF/No. 463 Squadron RAAF/No. 467 Squadron RAAF (137 sorties). Tragically, most operational Lancasters were shot down before they had reached 20 sorties; of the 107,085 sorties which Lancasters flew in bombing raids over Germany, 2,687 aircraft went missing. G-George has the added distinction of bringing home, alive, every crewman who flew aboard her!

Upon retirement from combat duty in 1944, G-George was flown to Australia by an all-RAAF crew of Bomber Command veterans, and played a major part in raising war bonds during a round-Australia publicity trip. Post-war, it was left to decay in the open air at RAAF Base Fairbairn, before being moved to the AWM in the early 1950s. [Cit Wikipedia]

G for George will be reassembled and placed on display at the Australian War Memorial Mitchell Annex, which will be open to the public in the latter part of 2021. 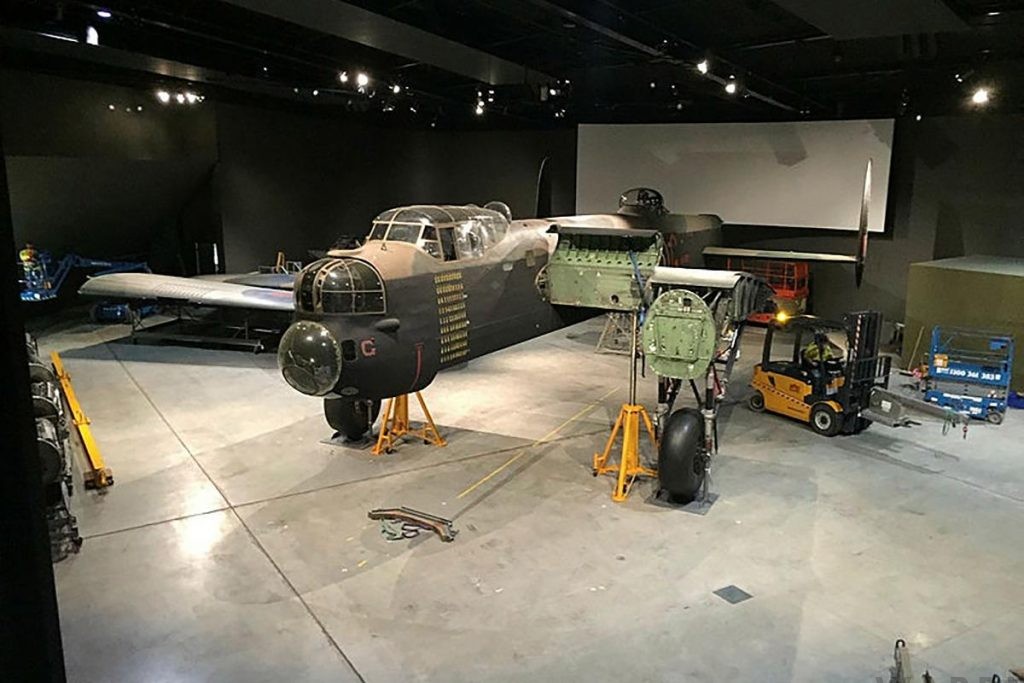 The team removed panels, bomb bay doors, engines, the tailplane assembly, undercarriage components, and the outer wing panels and then separated the fuselage into four sections at the production breaks. Expertise and knowledge was passed between both teams. Australian War Memorial Collection Services Project Manager, Kassandra O’Connell said they valued the support.

“We are grateful to have RAAF support embedded within the team for this iconic collection disassembly and movement,” she said. Air Force Team Leader Warrant Officer Stan Lawler said he enjoyed working on the project, noting: “It was an honour and a privilege to work with the Australian War Memorial team on this magnificent aircraft, and to remember all those who worked to keep G for George flying for our aircrew during the bomber offensive,” he said.

G for George will return to the new Anzac Hall when construction and installation of the updated displays has been completed. For more information about the Australian War Memorial, visit www.awm.gov.au