The end of 2021 brings some welcome news, finally, with the Flying Leathernecks Aviation Museum announcing that it has earned a reprieve from the permanent closure mooted in February. Located on the grounds of Marine Corps Air Station (MCAS) Miramar in San Diego, California for the past twenty years, this well-regarded museum will be be moving back to Great Park in Irvine, site of the now-shuttered MCAS El Toro (ironically, the museum’s previous home until the base’s closure in 1999). Following the decision by MCAS Miramar’s commanding officer, Col Charles Dockery, to close the Flying Leathernecks Aviation Museum (for budgetary reasons) this February, a number of the institution’s prominent exhibits found new homes elsewhere. This included sole-surviving Douglas SBD-1 Dauntless (BuNo.1612) which is now at the Air Zoo Flight Discovery Center in Kalamazoo, Michigan, FM-2 Wildcat (BuNo.16278) which is now with the Hickory Aviation Museum in Hickory, North Carolina, and Northrop F-5E Tiger II (BuNo.741564) which is now at the Pima Air & Space Museum near Tucson, Arizona. Thankfully, the rest of the collection now seems likely to remain as a whole, and will eventually make the 75 mile journey up the coast to Irvine sometime in the coming year or so. More details are available in the museum’s press release below…

…The target date to reopen to the public is August 2023. All the aircraft and artifacts owned by the Marine Corps will remain at Marine Corps Air Station Miramar until they can be moved to their new home. 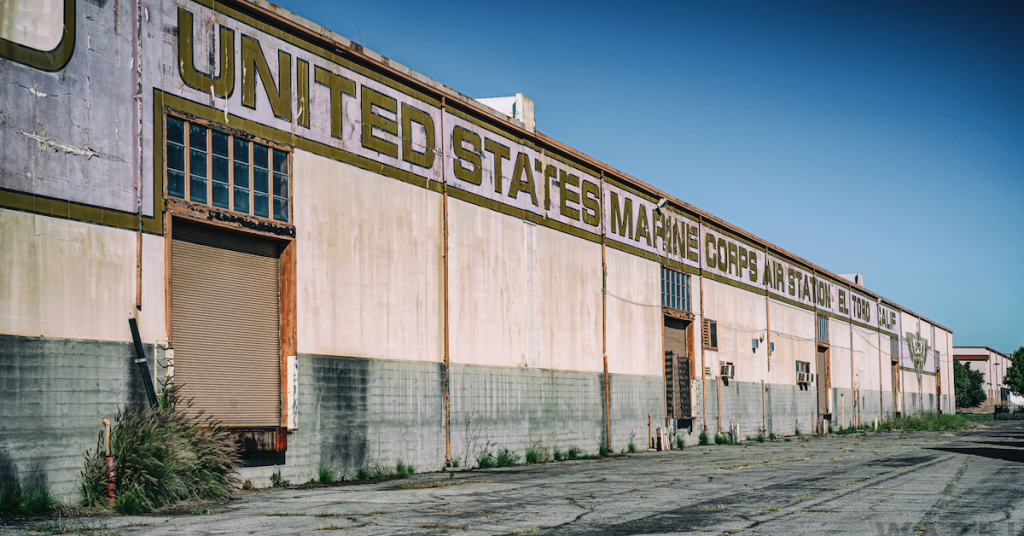 Members of the Foundation’s Advisory Board are already meeting to plan the relocation and reopening of the Flying Leatherneck Aviation Museum. The Board will be working with the City of Irvine to restore and refurbish the former Marine Air Group 46 (MAG-46) hangars (pictured), the future home of the museum.

The Foundation Advisory Board is comprised of retired Marines, business, legal, and museum professionals who will plan and guide the Museum to opening day and beyond.

Brigadier General Michael Aguilar (USMC retired), CEO of the Flying Leatherneck Aviation Museum, has indicated that the first task of the board is to raise funds required to prepare the hangar and move the aircraft and artifacts to Irvine. General Aguilar also expressed his deep appreciation to the thousands of individuals from around the nation and the world who signed petitions and contacted their representatives about the museum. Their actions helped keep the collection intact and save the museum.

To support the expenses associated with the move of the collection and artifacts, people can donate HERE.