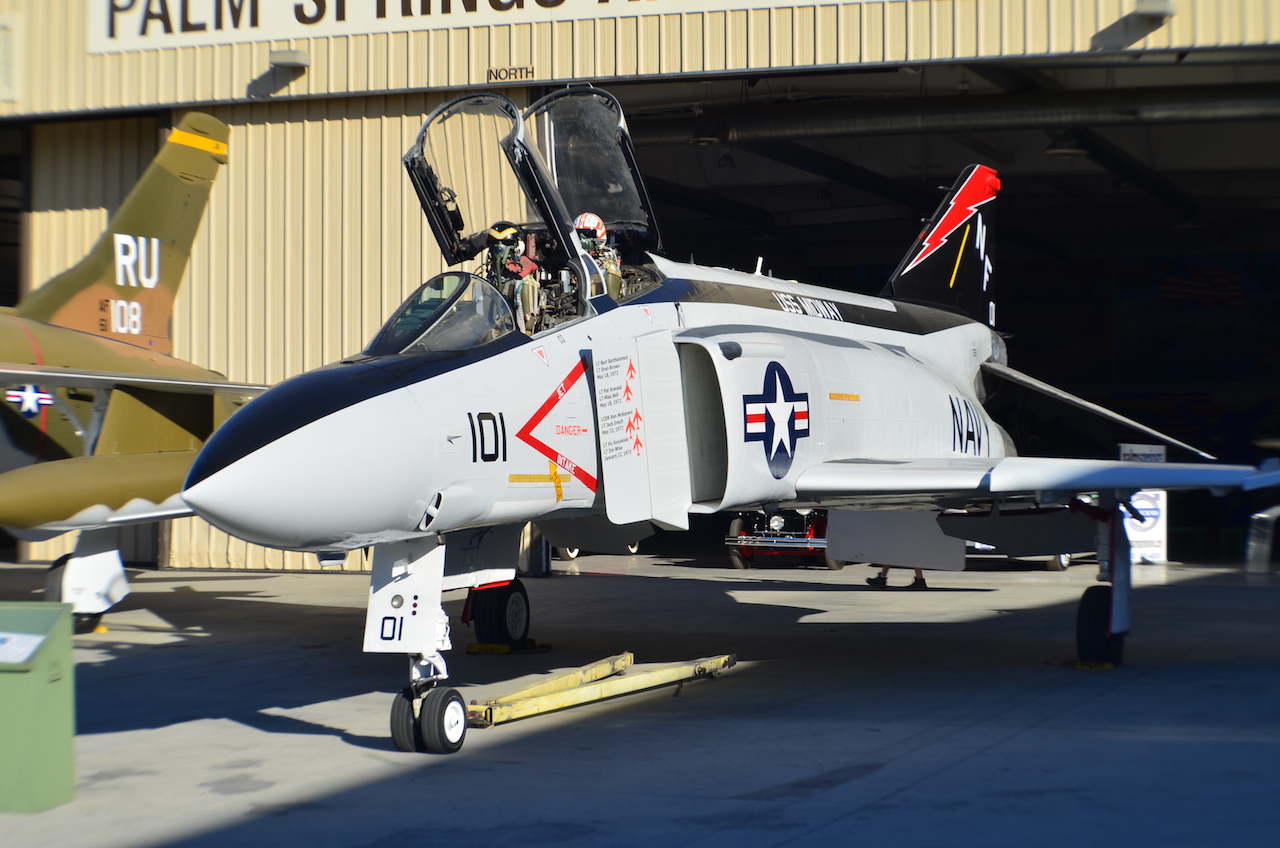 Saturday, July,4- From 10:30am – 12:30pm , Aviation enthusiast will have the opportunity to sit behind the controls of the F-4 Phantom II as the Palm Springs Air Museum hosts its traditional “Open Cockpit” event.Currently on loan from the U.S. Navy, this particular Phantom fighter jet will not fly (the engine has been removed), but it has special significance to the museum. Naval Commander Wayne “Deacon” Connel was not only the captain of a squadron that actually flew this type of jet during the Vietnam War, he was a volunteer docent in the museum’s Pacific Hanger.Upon his passing, Connel’s squadron alumnae came together to raise money to cosmetically restore this particular F4 Phantom II.According to Ann Greer, PR manager the Palm Springs Air Museum, “When the VF161 Squadron said they wanted to honor their former Commander by donating the money to fully repaint the plane with the markings, lettering, and numbers to reflect their squadron, we could not have picked a better person than one of our own volunteers. Wayne was a modest man with an outstanding career and now this plane has his name on the fuselage.”

As part of a yearly program the “Open Cockpit” program will also give guests the opportunity to enjoy an extra special experience of being allowed to sit at the controls and pose for pictures. Included with regular admission. Kids 5 and under get in free, as do active military with ID and their immediate family.In addition the Buddy Rogers Theater will play documentaries featuring that particular aircraft all day long. Museum Volunteers will also be on hand to answer questions and provide the historical back drop for the aircraft featured.