The Palm Springs Air Museum in Palm Springs, Colorado will unveil their newly refurbished F-117A Nighthawk 85-0833 in a special ceremony which begins at 1:00PM on Saturday, November 12, 2022. The charismatic ‘stealth fighter’ is on permanent loan from the National Museum of the United States Air Force. 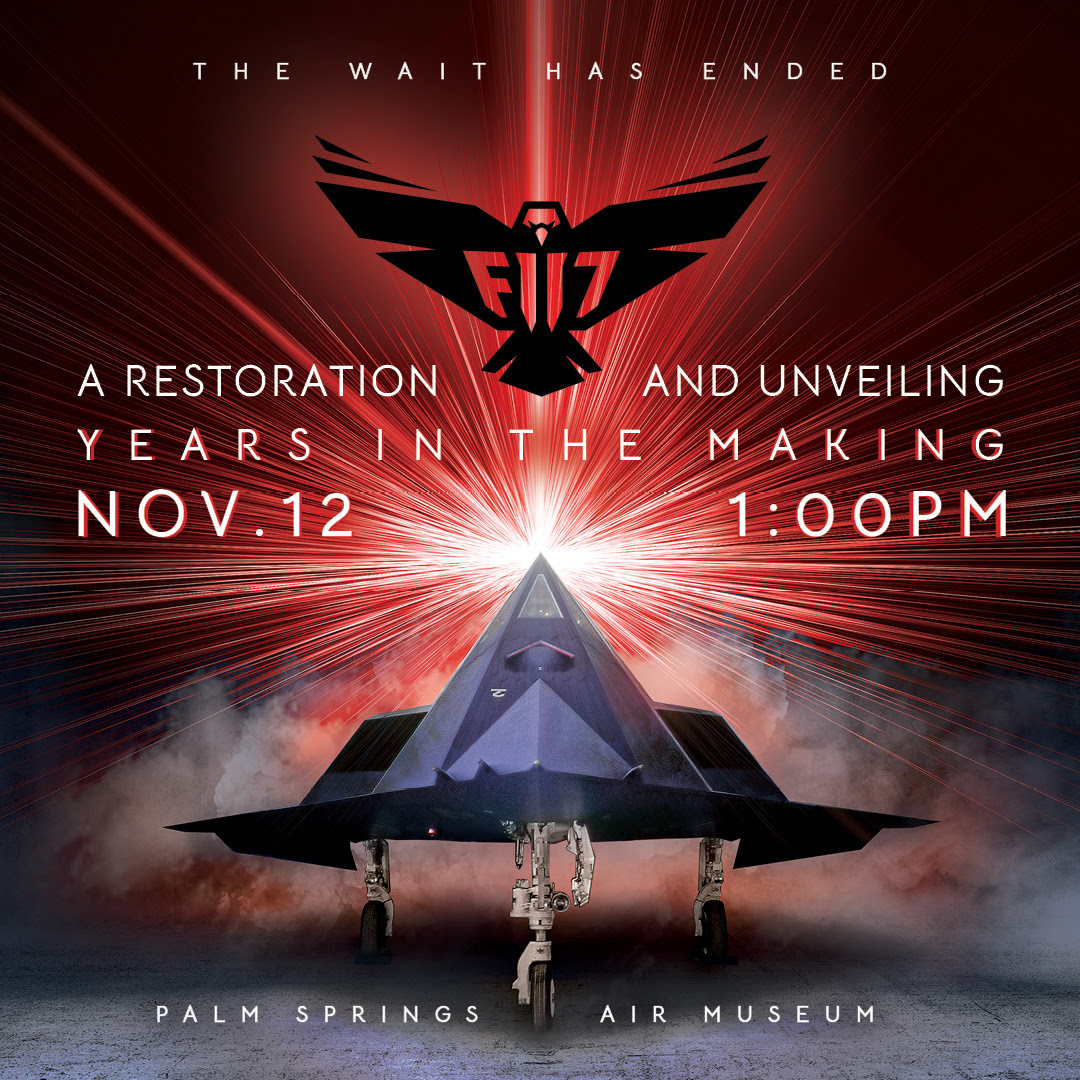 Maj Gen Greg “Beast” Feest (USAF, Ret) will attend as the event’s special Guest of Honor. “Beast” was the first pilot to drop bombs from the F-117 in combat during both Operation JUST CAUSE (Panama – Dec.19th, 1989 – Jan.31st, 1990) and Operation DESERT STORM (Iraq – Jan.17 – Feb.24, 1991). The museum’s F-117A will bear his name and wear the colors of the U.S. Air Force’s 415th Tactical Fighter Squadron when based at the highly secretive Tonopah Test Range deep in the Nevada desert. Museum Vice Chairman, Fred Bell, will make a brief statement about the importance of this aircraft to education in the fields of science of technology. Other activities on hand during the day will include flight exhibitions, birthday cake, the jazz band Heat Wave, and food vendors. Tickets to event are available HERE.

One of only 59 produced, this F-117A, which typically appears in an all-black finish, arrived with an aluminum-colored exterior. This was due to its radar-absorbent material having been removed as part of the U.S. Air Force’s demilitarization process. This particular airframe, nicknamed Black Devil, logged some 5,140 flight hours during its military career. It took part in numerous combat operations, particularly over Iraq during DESERT STORM in 1991 and the Balkans as part of Operation ALLIED FORCE in 1999, where the aircraft served as the 49th Wing commander’s personal mount. The museum’s new exhibit, featuring the Nighthawk and related artifacts, will lead visitors from the type’s secret development at Lockheed’s legendary ‘Skunkworks’ plant in Palmdale, California through its operational deployments and its still-murky present role in aiding the design of future stealth-related technology.