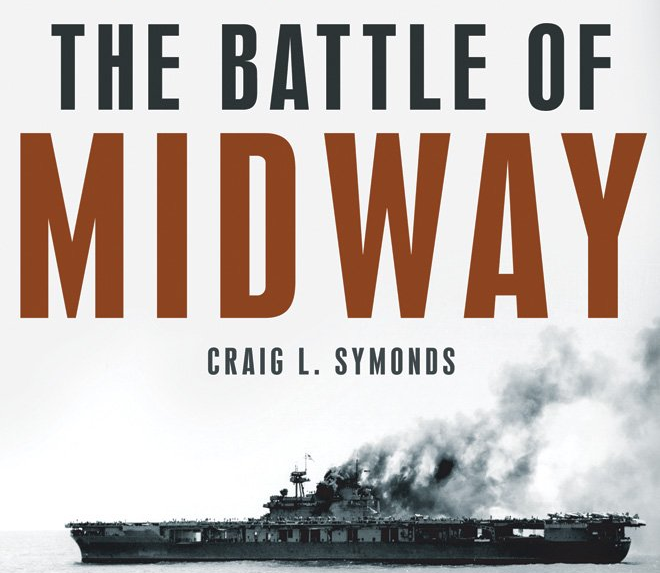 PRESS RELEASE – Marking the 73rd anniversary of the Battle of Midway, Pacific Aviation Museum Pearl Harbor will present a special program featuring one of America’s leading naval historians and award-winning author Craig L. Symonds on Saturday, June 6, 2015.Presentation will begin at 1:30pm in the Museum Theater, followed by a 2:30pm book signing in the Museum Gallery of Hangar 37.Mr. Symonds is a former U.S. Navy officer, served as a U.S. Naval War College professor, and is a Professor Emeritus of the U.S. Naval Academy, where he taught naval history and Civil War History for thirty years. He is the author of twelve books and editor of nine others. In addition, Mr. Symonds has written 100-plus articles in professional journals and popular magazines, as well as more than 20 book chapters in historical anthologies. He was won multiple awards for his work, including the Barondess Lincoln Prize.

In his book, The Battle of Midway, Mr. Symonds details reasons why, contrary to popular belief, the victory at Midway was not based on luck, but rather strategy and the element of surprise. Mr. Symonds’ presentation will include a fascinating account of the decisions that were made, why they were made, and the interactions and relationships that existed between key leaders.According to Pacific Aviation Museum Pearl Harbor Executive Director Kenneth DeHoff, “Craig Symonds’ knowledge of Midway is second to none. He is not only one of the nation’s leading naval historians, but is also an excellent story teller, making this year’s presentation an event our visitors won’t want to miss. We are honored to have him as this year’s Battle of Midway Commemoration keynote.”

The event is free with regular Museum admission and free to Museum Members. Call (808) 441-1000 or visit  www.PacificAviationMuseum.org for more information.Pacific Aviation Museum Pearl Harbor is located on Historic Ford Island. Remnants from the December 7, 1941 attack, which surround the Museum have been left intact, from the 158-foot tall Ford Island Field Control Tower where the first radio alert of the attack was broadcast, to the bullet-riddled holes in Hangar 79 and along the runway. Through its preservation and restoration of World War II fighter planes and accompanying artifacts, jets, and helicopters in the Museum’s historic Hangars 37 and 79, Pacific Aviation Museum Pearl Harbor shares the often untold story of the vital role aviation played in America’s winning of World War II, and its continued role in maintaining America’s freedom.

Pacific Aviation Museum Pearl Harbor is a 501(c)(3) non-profit organization, which depends on membership and donations for support. A Smithsonian Affiliate, it is rated one of the top 10 aviation attractions nationally by TripAdvisor®. It is located at 319 Lexington Boulevard, Historic Ford Island, Pearl Harbor, Oahu, Honolulu, Hawaii 96818. Hours of operation are 8am to 5pm daily, with access by free shuttles from the USS Arizona Memorial Pearl Harbor Visitor Center at Pearl Harbor.  www.PacificAviationMuseum.org, 808-441-1000.