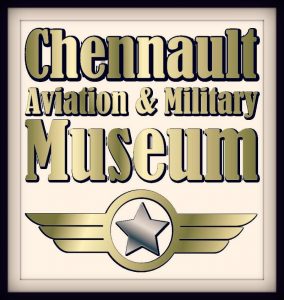 Named after a local man of note, General Claire Lee Chennault, the Chennault Aviation and Military Museum located in Monroe, Louisiana is located not far from where the legendary aviator grew up and is the town where he chose to live after the Second World War had ended. Monroe was also the site of site of the Selman Field Army-Air Force Navigation School which opened in 1942 and was the largest military navigation facility in the country during WWII. The school graduated over 15,000 navigators, over 1,500 of whom lost their lives in combat.

To preserve and promote the area’s rich military and aviation legacy, In 1986, those who had trained at Selman Field and their descendants held the first Selman Field Reunion, and later reached an agreement with with the City of Monroe to establish a repository of artifacts and memorabilia of the airfield and the area’s military history. The museum itself opened its doors in 2000, housed within one of the last surviving buildings used by the Selman Field School and includes historic aircraft, including a Beechcraft Model 18 presently under restoration.

The museum which had become incorporated into the state’s system of museums recently found its funding in jeopardy due to budget cuts brought on by the recession and the Friends of Chennault Aviation and Military Museum (FCAMM) has dedicated itself to finding ways to keep the museum open. The state agreed to allow FCAMM to directly assume the some of the operating expenses and the state would bill the Friends for other expenses biannually. The relationship the group built while working with Louisiana Secretary of State, Tom Schedler and their demonstration of resolve by taking on the funding the museum brought an unexpected dividend recently when Schedler’s office announced that his office had managed to save some money in their operations and therefore they would be no additional billing issued to the the museum for the remainder of the year, saving FCAMM approximately $40,000. Museum Director Nell Calloway has stated that the $40,000 reprieve gives them some short-term breathing space to allow them to continue seeking support for their cherished little museum. Says Calloway, “The Museum is not only an important tie to this area’s past, but it also serves as a connection between the United States and China, where Gen. Claire Chennault and his Flying Tigers are revered as heroes. Visitors come not only from the states to glimpse this area’s aviation and military history, but also from around the world to honor Chennault.” Recently the museum hosted Colonel Shou-Jung Ku, the air attaché to the Taiwanese Embassy in Washington D.C. who made the pilgrimage down to Louisiana to pay his respects to the memory of Chennault and view the collection of personal artifacts that belonged to the general. The 1st American Volunteer Group (AVG) of the Chinese Air Force in 1941–1942, famously nicknamed the “Flying Tigers,” was composed of pilots recruited from the United States Army, Navy and the Marine Corps and was commanded by Chennault. As at the time of the unit’s founding, the United States had not yet entered the war so the group was surreptitiously put together, though with a wink and a nod from President Roosevelt who made sure that the servicemen, who were on active duty, would be able to resign in order to join the AVG. Accompanying the pilots and support crews were 100 P-40B Tomahawk fighters, sold to China through a loophole in the Neutrality Act of 1939 called the “Cash and Carry” provision. 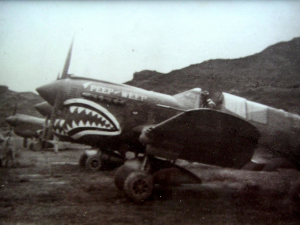 The Tigers’ shark-faced fighters are among the most recognizable combat aircraft of World War II and under Chennault’s leadership they developed innovative tactics for combatting the Japanese air assaults on China, flying their first mission just 12 days after the Japanese attack on Pearl Harbor and providing reportable American victories at a time when the news was dominated by stories of American defeat at the hands of Japanese forces. The AVG was later disbanded/folded back into the U.S. Air Force in 1942, with Chennault taking control of the China Air Task Force of fighters and bombers as part of the Tenth Air Force. Its mission was to defend the aerial supply operation over the Himalayan mountains between India and China, nicknamed “The Hump” and to provide air support for Chinese ground forces who were fighting the Japanese invasion of their homeland.

While the small museum has gained a temporary reprieve by the evaporation of the anticipated bill from the state, the larger message clearly indicates that self-sufficiency is the key to its survival, lest they be forever held hostage by the state’s budget and the machinations of its political process. Perhaps the biggest shot in the arm could come from the release of a planned 10-hour miniseries on the Flying Tigers scheduled to begin filming at the end of this year, which could greatly increase interest in Chenault and his band of heroic “mercenaries.”