The Commemorative Air Force’s Capital Wing in Culpeper, Virginia is beginning the process of restoring a machine gun turret from a Martin B-26 Marauder, one of the most effective U.S. medium bombers of World War II. The Marauder served primarily in the European Theater, but also saw action in the Mediterranean and Pacific Theaters too. Despite its capabilities, the U.S. military retired the Marauder in favor of other types soon after the war ended, and very few found buyers on the civilian market. As a consequence, of some 5,300 Marauders produced, just seven complete survivors are currently in preservation. To help remind the public of the Marauder’s importance, and the stories of those veterans who flew, maintained and built them, volunteers at the CAF Capital Wing want to restore this rare machine gun turret for display at airshows and events. Restoring this important artifact back into working order, albeit without operational machine guns, will allow visitors to climb inside and have some sense of what it was like to be a gunner in a World War II aircraft.

To help fund this restoration, the CAF Capital Wing is seeking donations. A gift to support this project would allow people of all ages to see and appreciate the important role that American service personnel played in fighting for our freedom. Donations will be matched dollar-for-dollar up to $4,000, thanks to a generous donor. Volunteers will primarily need to perform some electrical work to return the turret to operable condition. Once restored, they will set up the turret on a new trailer which will allow its safe transport to events; mobile museum, as it were. 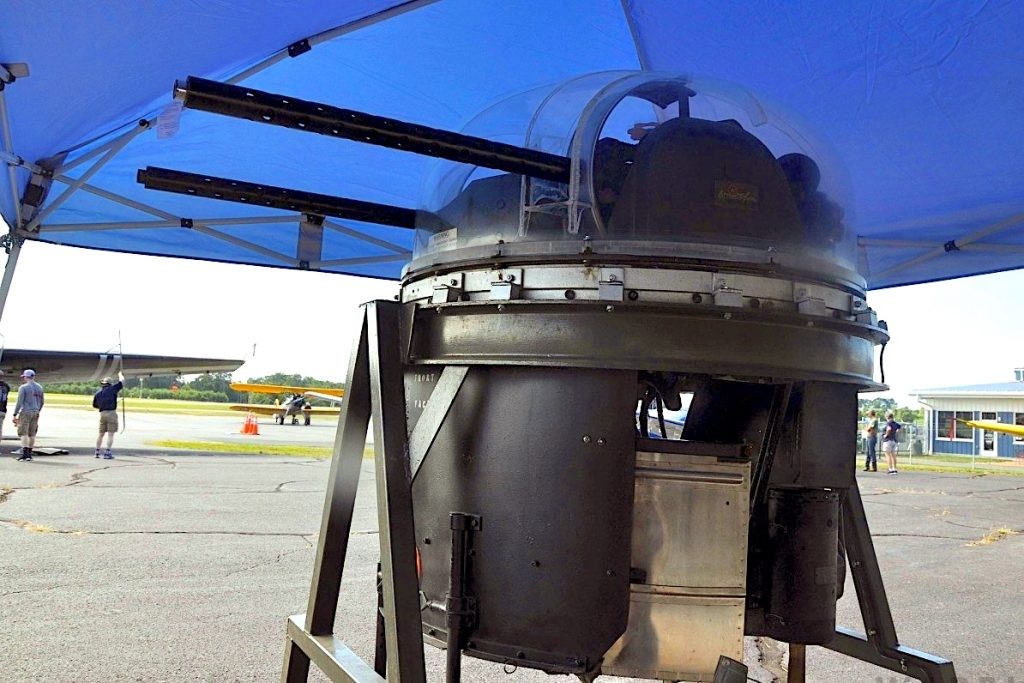 You can help get this amazing historical artifact operational to educate current generations about the sacrifices made during World War II by the men and women who built, flew, and maintained these aircraft and equipment. To support this project please click HERE.