The Commemorative Air Force’s Boeing B-1G “Sentimental Journey”,  the iconic World War II heavy bomber, is now at the Planes of Fame Air Museum until Sunday, October 4, 2021.  Visitors to the museum can tour the aircraft all day on Wednesday and Thursday and again on Friday, Saturday, and Sunday, after her final flight of each day.
New Flights have been added to the B-17’s schedule.  This is a once-in-a-lifetime chance to take a ride in a piece of flying history.  Of the 12, 731 B-17 aircraft built from 1934 until 1945, only a handful remain and even fewer still fly. Individuals may purchase a reserved seat on board any of a number of scheduled flights for Friday, Saturday, and Sunday.  To book your experience, visit https://www.azcaf.org/location/chino-ca-tour-stop/
Capping the week will be the Planes of Fame Air Museum’s Flying Demo Day on Saturday, October 2 featuring the museum’s North American Aviation P-51D Mustang.  At 11:45 am, a brief presentation will focus on the P-51’s role as an escort aircraft for the B-17s during WWII in the European Theater.  Then, at noon, the Mustang will fire up her 1,600 horsepower engine directly in front of the crowd and taxi away.  After take-off, the Mustang will join up with the B-17 for an escort flight over the Museum.  Then the airplane will take over the show and fly a number of exciting passes over the museum until 12:20 pm.  Following her return to the museum, guests will have a chance to ask questions and talk to pilot Rob Patterson who recently raced to a third-place finish in this Mustang at the Reno Air Races. 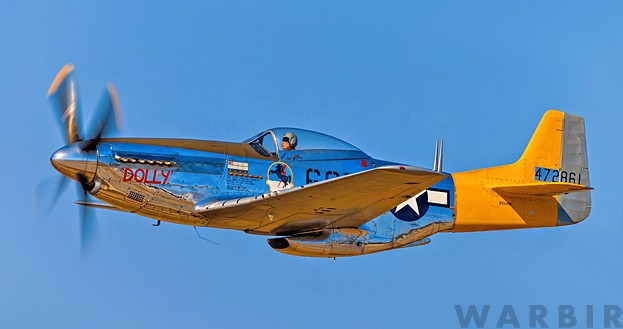 The Planes of  Fame Air Museum’s P-51D was the 40th (of 200) P-51D-30 variant built in Dallas, Texas, and delivered into service on July 26, 1945. It went immediately into storage at Kelly Field, San Antonio, Texas. In late 1947 it was assigned to the 31st Fighter Group (Turner Air Force Base, Albany, GA), serving with the Strategic Air Command until that unit transitioned to jet aircraft. From March 1949 until December 1956, the aircraft served with Air National Guard units in Tennessee, Vermont, and West Virginia. The Museum acquired the aircraft in November 1957, making it the longest privately-held P-51D under the same owner.
Coffee service, smoothies, and a Gourmet Taco Truck, along with the museum’s Living Historian re-enactors and their museum guides will make the museum experience extra special on Saturday. The museum is open Tuesday thru Saturday this week from 9:00 am until 6:00 pm and 9:00 am until 4:00 pm on Sunday. Visitors to the museum will be able to see and photograph the B-17 and enter her fuselage for an up-close look at this WWII veteran.  For more information visit www.planesoffame.org