Naval Air Station Wildwood (NASW) Aviation Museum will be celebrating the 26th-anniversary AirFest over Labor Day weekend. AirFest returns to a four-day format, September 2-5, 10 AM to 4 PM daily. This year’s event will feature aircraft from the Military Aviation Museum (MAM) & Fighter Factory in Virginia Beach, VA. The Military Aviation Museum is home to one of the largest private collections of World War I and World War II-era military aircraft in the world. This is a once-in-a-lifetime opportunity to see these aircraft in Cape May County. Two new aircraft will be attending this year’s event, the Corsair, and B-25 Mitchell.

Designed by Vought Aircraft Company, the “gull-wing” Corsair was one of the most powerful, unique, and recognizable fighter aircraft of the war. The Japanese referred to it as “Whistling Death.” MAM’s Corsair was delivered late in the war (1945) and was in storage for quite some time subsequently being one of the lowest-time Corsairs known. The “Skull and Bones” represents the famous VF-17 from the Pacific Theatre.

The B-25 Mitchell medium bomber was launched into history in the opening months of WWII. As the entire air bombardment concept owed itself to Gen. “Billy” Mitchell, the B-25 is the only U.S. aircraft to be named after a person. Just four short months after Pearl Harbor, Gen. James Doolittle led a one-way raid from the decks of the carrier Hornet against the Japanese Empire with B-25s. The emotional impact of the raid on both nations was far greater than the actual damage inflicted. B-25s served in all theaters of the war, and many survived the war as transports and cargo carriers. 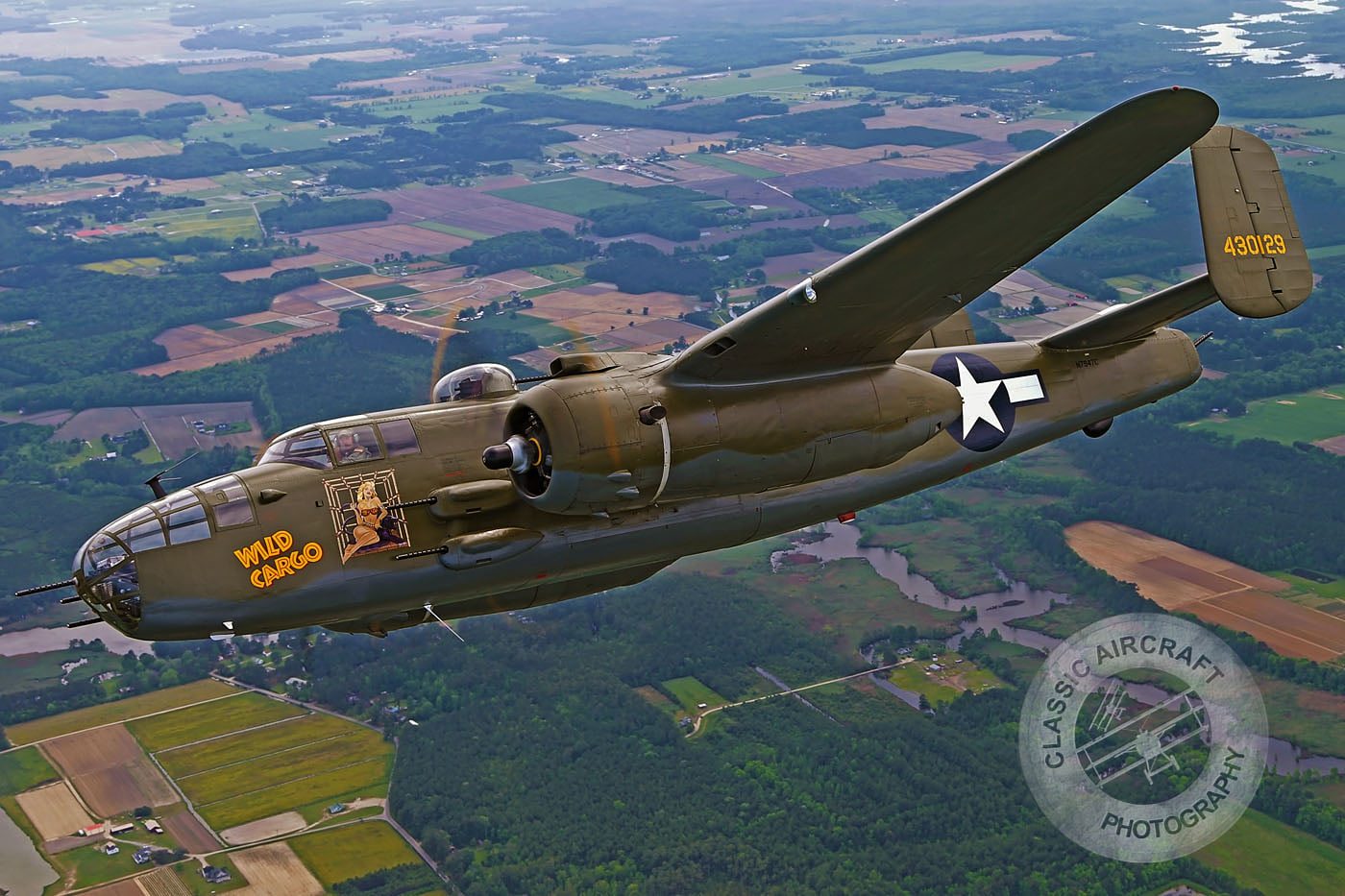 The PBY Catalina was an American flying boat of 1930s design that was used in multiple roles during World War II. Uses include observation, night attack, maritime patrol, bomber, air-sea rescue, and anti-submarine aircraft. Catalinas fought on all the world’s oceans and were instrumental in denying the Axis forces the use of the sea. 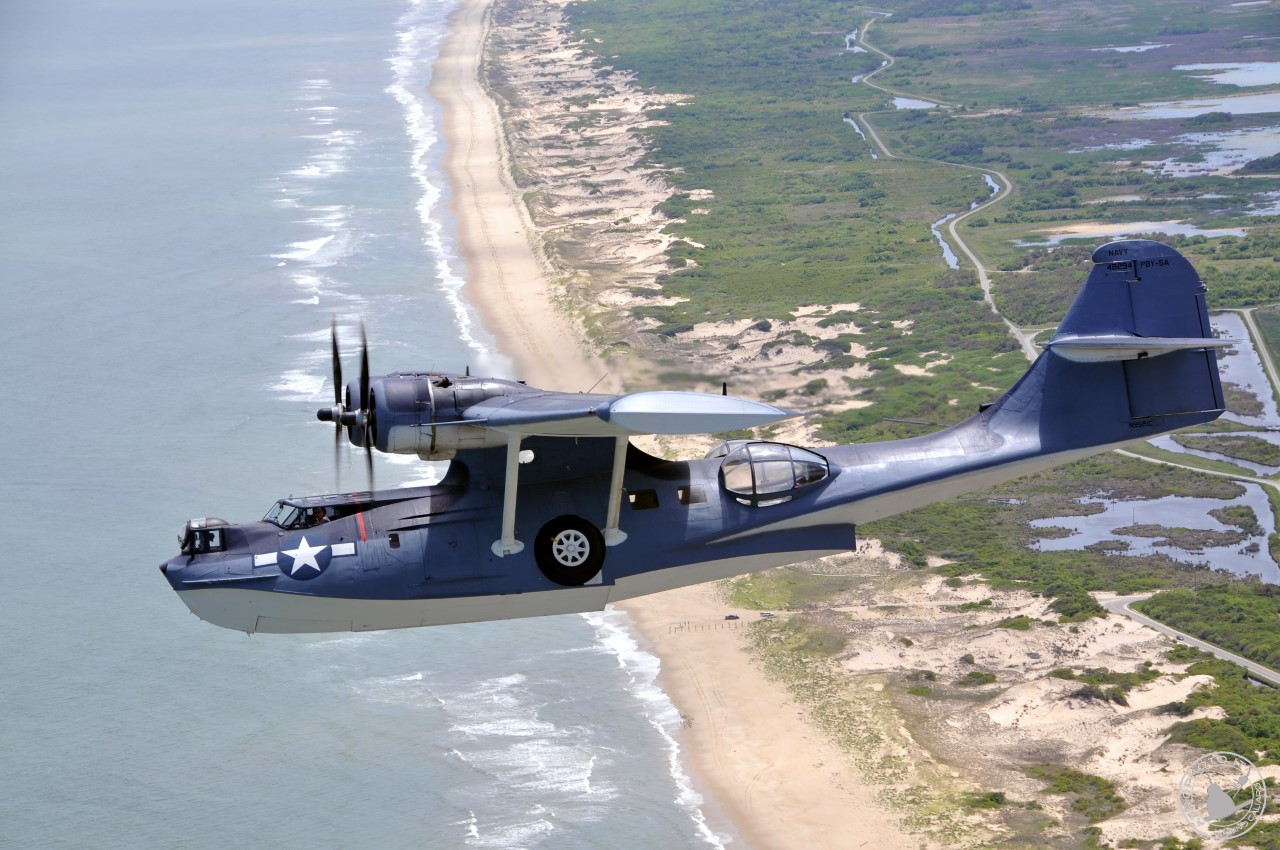 The 26th Anniversary AirFest includes these aircraft along with the museum’s collection of over 27 planes and helicopters, presentations by Tuskegee Airman Dr. Eugene Richardson Jr., and the F-14 Tomcat Radio Show/Podcast. The United States Coast Guard, New Jersey State Police, and AtlantiCare will also be supporting AirFest with helicopters. Additional highlights include a fly-in by the Aeroclub of Pennsylvania, classic cars, a visit by the 501st Legion Northeast Remnant (Star Wars), vendors, exhibitors, live music, food trucks, a beer garden, and even free face painting & caricatures! By visiting, you will also help NASW work toward its mission of memorializing the 42 men who perished training at the site, restoring Hangar #1, and educating the public. 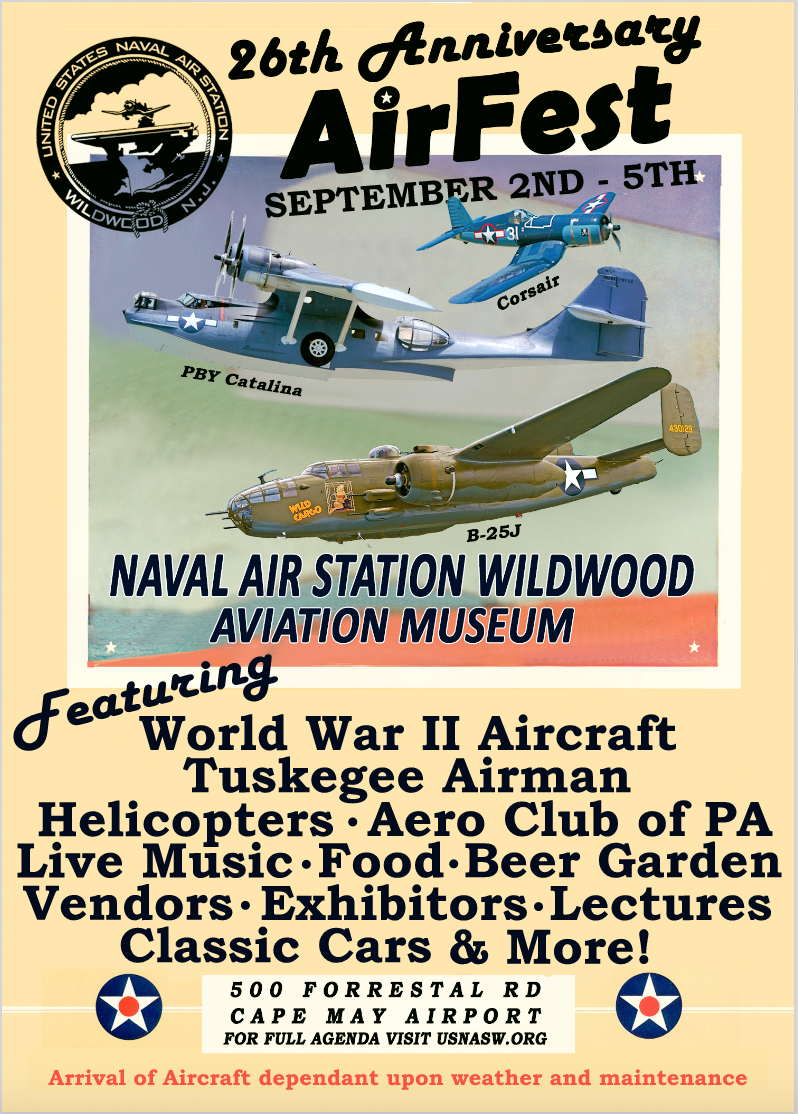