Back in April, we reported that the Air Zoo Aerospace and Science Museum in Kalamazoo, Michigan had launched a massive fundraising competition to complete the restorations of Douglas SBD-2P Dauntless Bu.2173 and F-117A Nighthawk Shaba (85-0817) before the end of 2021. Well, we are happy to hear that in just two short months, museum donors contributed nearly $10,000 towards this campaign. Caught up with the community’s enthusiasm for this project, the Tyler Little Family Foundation joined the cause and pledged a further $10,000 in late May to support the restoration of the F-117, which means that an estimated 30% of the necessary funding for this aircraft is now on hand.

Commenting on this gift, Air Zoo President & CEO, Troy Thrash stated: “This impactful gift, and all of the people who have stepped up to support this once-in-a-lifetime opportunity, are really helping to move the needle on this amazing project. We are so excited to see this project moving toward the finish line and cannot wait for it to, one day soon, be on display in our community.”

Not to be left out, the SBD also caught its own fundraising windfall in May when the Naval Aviation Museum Foundation learned of the competition and pledged $45,000 towards the completion of the Dauntless by the first of November. With 95% of its funding goal now raised, the SBD has climbed into lead position – just in time for the Air Zoo’s staff and volunteers to ramp up their work on this aircraft; their goal is to have the aircraft at its future home with the Pearl Harbor Aviation Museum in Honolulu, Hawaii in time for a dedication ceremony on December 7th, 2021, the 80th anniversary of the Pearl Harbor attack.  “If we can complete this project,” noted Thrash, “and have this aircraft back in Pearl Harbor in time for the anniversary… well, that will be powerful beyond words – not just for our team, but for the family of the pilot who flew and crashed this aircraft and for everyone who has had a hand in this project.”

To join the challenge and help fund both projects to completion, the public is invited to make a tax-deductible gift to support the plane of their choice and the Air Zoo’s restoration team as they work diligently to cross the finish line. Every dollar counts in this monumental challenge! Learn more and join the challenge at airzoo.org/fund-your-favorite

Douglas SBD-2P Dauntless (Bu.2173) is a historic World War II Navy aircraft once thought lost forever in Lake Michigan. An early variant of the Dauntless, Bu.2173 was delivered to the Navy as an SBD-2P photo-reconnaissance aircraft. Of the fourteen SBD-2Ps ever built, 2173 is the sole survivor. It boasts an interesting history. For example, Bu. No. 2173 was erroneously reported as being lost at sea in 1942, but went on to fly in the Battle of the Coral Sea. The aircraft eventually did crash, of course, but this was nearly two years later on February 18, 1944, when she ditched in Lake Michigan during a training exercise – presumably due to carburetor icing. Her pilot, Lieutenant John Lendo, escaped uninjured. On June 6th, 2009, Bu. 2173 was retrieved from Lake Michigan on behalf of the Pearl Harbor Aviation Museum, then known as the Pacific Aviation Museum. Under an agreement between the Pacific Aviation Museum and the Naval Aviation Museum Foundation, SBD Bu.2173 was to undergo an extensive restoration. 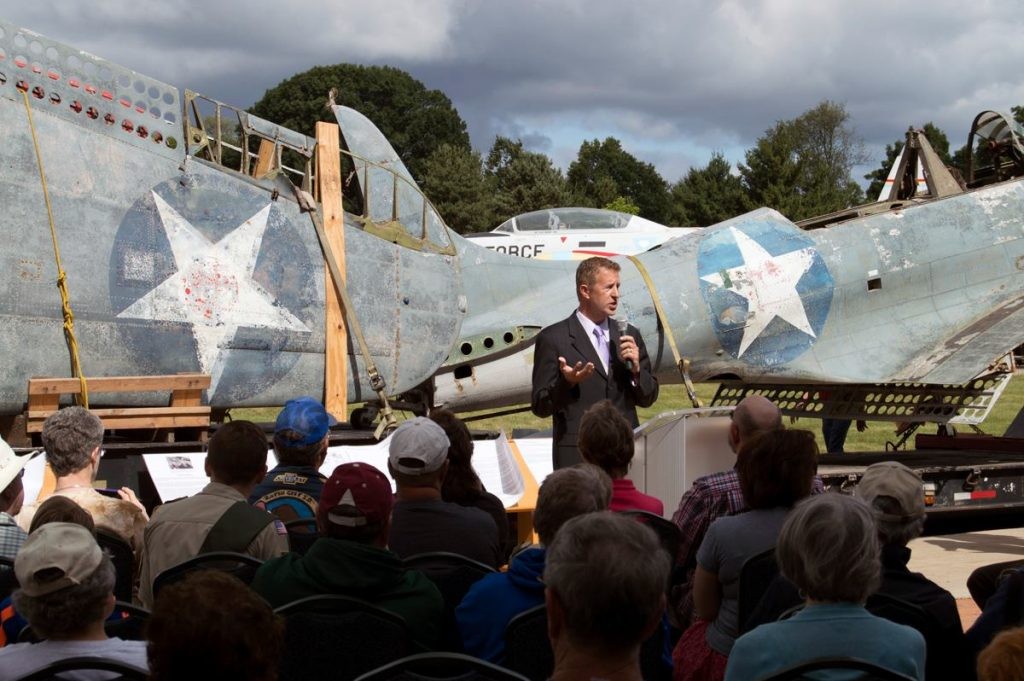 The Air Zoo’s restoration team received the aircraft in July of 2016 and agreed to undertake her restoration on behalf of the Pearl Harbor museum. So far, museum volunteers have logged more than 36,000 hours into the project. Discover more.

Lockheed F-117 Nighthawk Shaba “landed” at the Air Zoo’s Flight Discovery Center on December 7th, 2020, after a more than 1,940-mile trek across the country by road. The Air Zoo is proud to possess one of the first F-117 Nighthawks released for public display at a non-government institution, as well as the only museum in the state of Michigan to exhibit one. 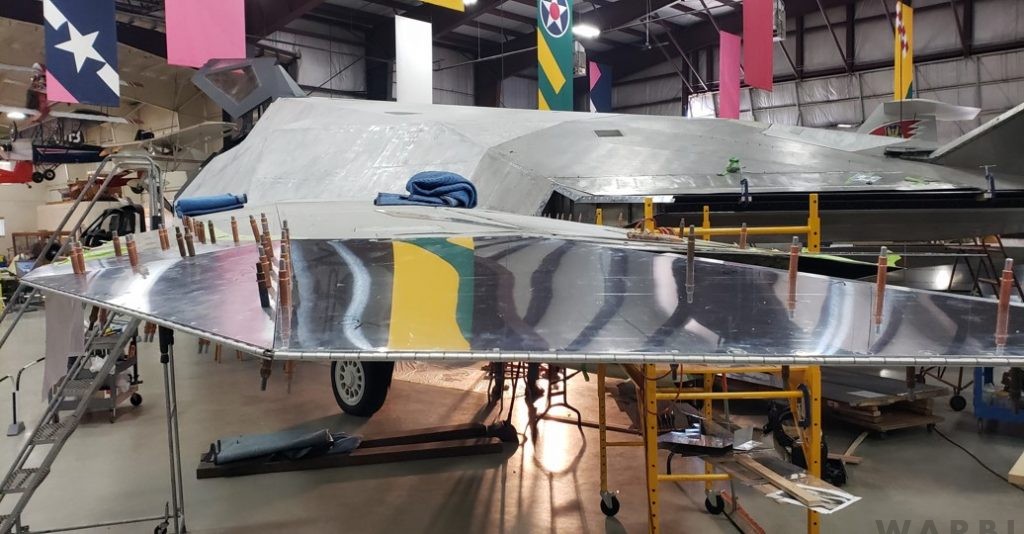 Shaba (tail number 817) first flew on January 8th, 1986 and logged just over 5,000 flight hours. The highly decorated Shaba is one of just ten F-117s to have flown at least 50 combat sorties and one of just seven to fly in at least three of the four significant campaigns in which Nighthawks took part. Air Zoo Volunteers have spent more than 2,800 hours on Shaba’s restoration so far and plan to have her leading edges fabricated, primed, painted and detailed for her more permanent display in the main gallery of the Air Zoo’s Flight Innovation Center by year’s end.  Discover more.