PRESS RELEASE – EAA AVIATION CENTER, OSHKOSH, Wisconsin — (March 5, 2018) — The centennial year of the Royal Air Force will be commemorated with historic aircraft, flyovers, and special programming during EAA AirVenture Oshkosh at Wittman Regional Airport in Oshkosh, Wisconsin. The 66th annual Experimental Aircraft Association fly-in convention, known as “The World’s Greatest Aviation Celebration,” is July 23-29. The RAF’s 100th anniversary will be celebrated throughout the week, with a primary focus on the centennial on Tuesday, July 24.

“’Legendary’ is perhaps the best way to describe the gathering of people and airplanes that will be part of the Royal Air Force centennial at Oshkosh this year,” said Rick Larsen, EAA’s vice president of communities and member programs, who coordinates AirVenture features and attractions. “From the World War I era, to the Battle of Britain and early jets, to today’s modern military aircraft, the RAF has been an integral part of aviation history. We will fully celebrate that during the week at EAA AirVenture Oshkosh.” 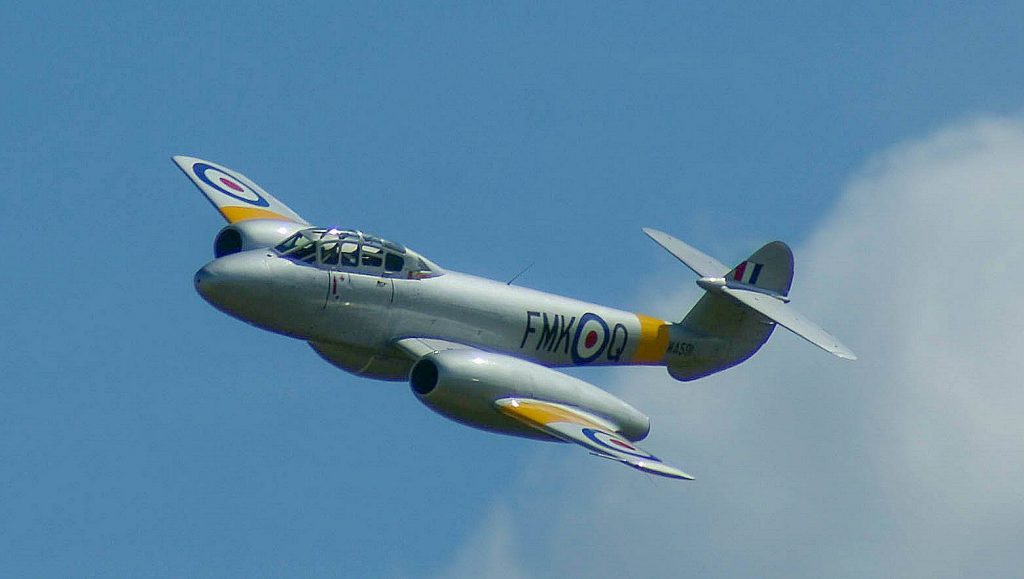 The aircraft on display on the showcase Boeing Plaza and flying during the air show will include an array of World War I and World War II aircraft, some of the early fighter jets as announced previously in the Classic Jets gathering, and modern RAF aircraft. Those aircraft will include those in British markings as well as those from Commonwealth nations such as Canada. Specific aircraft attending will be announced as they are confirmed.

In addition, an evening program at EAA’s Theater in the Woods will devote extensive programming to the RAF centennial on Monday evening, July 23.

The Royal Air Force was formally founded on April 1, 1918, with the merger of the Royal Flying Corps and the Royal Naval Air Service. The service grew and became known for its extraordinary heroism during the Battle of Britain in the early days of World War II, as well as the development of many early fighter jets such as the Meteor and Vampire. The RAF was the first service to use the Harrier jump jet after its development in the 1960s, with RAF aircraft and personnel still on active duty in many parts of the world today.