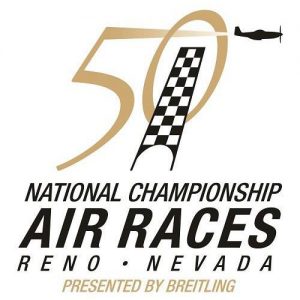 While the organizers of the Reno Air Races announced the disbandment of their original “Unlimited Class” races earlier this summer, the replacement, the “Warbird Unlimited Class,” designed to accommodate the demands of the Federal Aviation Administration (FAA) and the organizers’ insurance carriers to maximize crew and spectator safety has attracted entries from the former participants of the old “Unlimited Class.” The races will be held September 11-15 at Stead Airport, a few miles north of Reno, Nevada.

Following the tragic 2011 race crash of the North American P-51D Mustang “Galloping Ghost,” flown by James K. “Jimmy” Leeward, which killed Leeward and 10 people on the ground, as well as injuring 69 others, under pressure, the organizers of the races adjusted the course for 2012 to move the final straight to more than 1,000 feet from the grandstand with a gentler final curve, as well as seeking additional sponsorship deals to help alleviate the massive rise in insurance costs that were levied on the event.

While the 2012 races went off without incident, the FAA continued to work at making the races safer in conjunction with the the organizers of the events. One area where the two organizations didn’t see eye to eye was the “Unlimited Class.” Just as the name of the class would imply, the Unlimited Class allowed teams total freedom to modify planes to race at their top speed, though this sometimes caused crews to make what in retrospect were reckless choices, jeopardizing the lives of both the participants of the races and the spectators. The FAA imposed a 250-foot maximum altitude restriction for 2012 in order to protect spectators. The FAA’s position on the altitude restriction was that it would be safer and would minimize the “scatter radii” in case of a mishap. The Unlimited Division Board’s position was that the altitude restriction and other changes made to the course were unsafe with regard to clearances and G-load margins.

With the FAA and the Unlimited Division’s board at an impasse, and with an insurance premium that was well-north of a million dollars, driven mainly by the Unlimited Class, something had to give. Mike Houghton, the racing association’s president and CEO, believes that the new class and the new rules will help the Reno Air Races to survive and grow. “There’s no reason for fans to be displeased,” Houghton says. Although they won’t be flying at quite the same speeds or taking the same risks as the old Unlimited Class, which flew in excess of 500MPH, Houghton believes highlighting the Warbird Class is just as important as the Unlimited Class. “People love to see those, even if they aren’t going as fast as they can,” Houghton said. “They love to hear them, they love the sound and the smell, and they love to see them fly.”

The new “Warbird Unlimited Class” already has 20 pilots registered that were a part of the old Unlimited Class including several crowd favorites. Curt Brown will fly the Hawker Sea Fury “Sawbones,” Sherman Smoot has signed up with the Yak-11 “Czech Mate,” Tom Richard is entering with the P-51 “Precious Metal” and John Bagley will fly Bob Hoover’s P-51 “Ole Yeller.” It was also announced Steve Hinton Jr would pilot the P-51 “Voodoo” and Matt Jackson will be flying P-51 “Strega.”