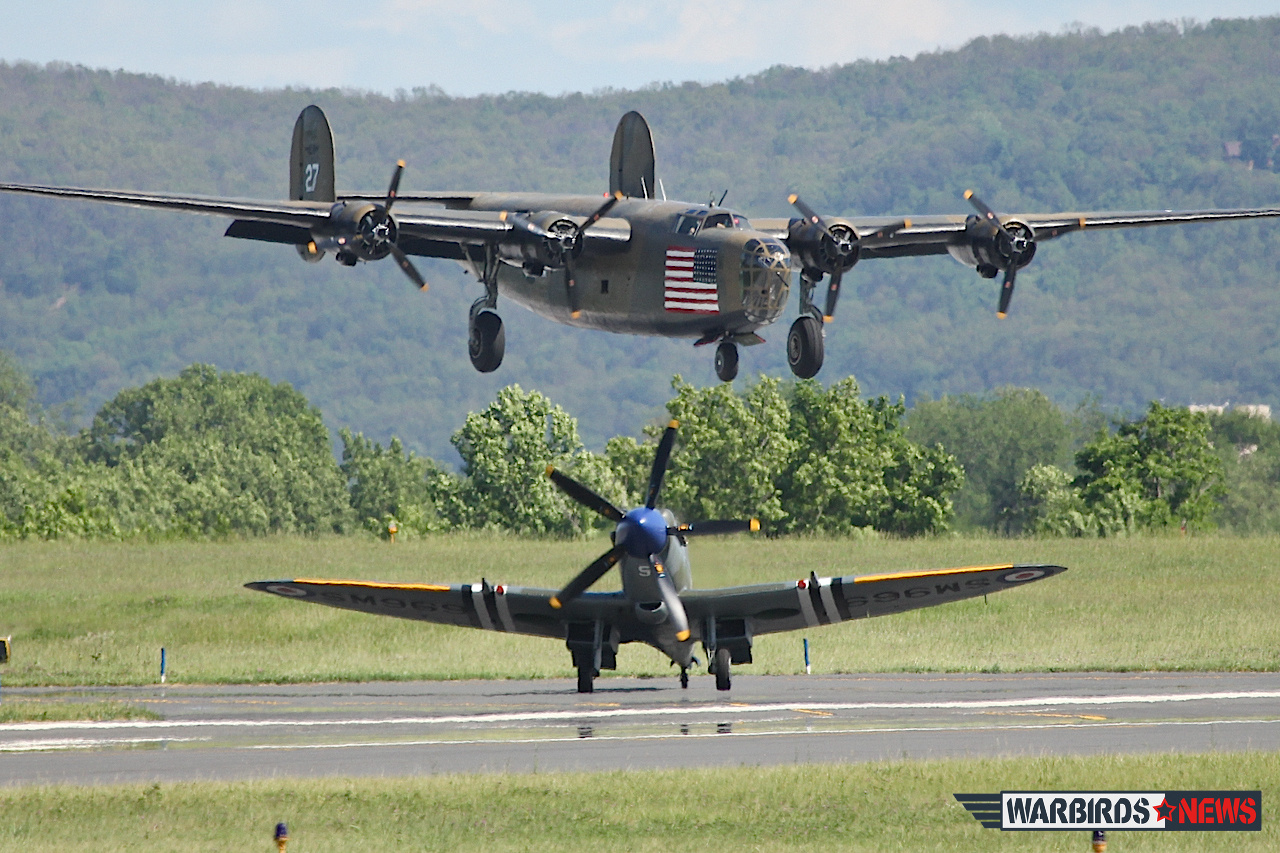 The Mid-Atlantic Air Museum’s 24th Annual World War II Weekend and “Gathering of Warbirds” is one of the largest events of its type in the world.  The show, held between June 6th and 8th, hosted dozens of historic vehicles and aircraft as well as hundreds of re-enactors. The perfect summer weather brought out large crowds of winter-weary spectators.

MAAM’s WWII Weekend event covers a large part of the Reading Airport in Reading, Pennsylvania. There is a flea market with vendors selling everything WWII and 1940’s; from military uniforms and clothing to suitcases, jewelry and toys. There is a parade of vehicles, both military and civilian, a 1940’s fashion show and a radio show.  The canteen stage features ’40s-era tribute acts like Abbott and Costello, The Manhattan Dolls, Frank Sings Frank and other pop culture icons of the period. In the evening there is a hangar dance with the big band sounds of Glenn Miller.

The air show began with fly-bys featuring liaison aircraft such as the Piper Cub, Stinson Sentinel and Aeronca Defender. Then came the primary and advanced trainers, which were followed by the Curtiss C-46 Commando and Douglas C-47 Skytrain cargo planes. Fighter aircraft included the American Airpower Museum’s P-47D Thunderbolt, the CAF’s P-51D Mustang, Jim Beasley’s Spitfire XVIII and an FM-2 Wildcat. A contingent of naval attack aircraft were also in attendance including the CAF’s Douglas SBD Dauntless, a Grumman Avenger and a Japanese Val replica. The audience also enjoyed various aerobatic routines flown by the Mustang, Spitfire, Jungmeister, SNJ and Wildcat. The bomber aircraft concluded the show with B-25Js “Yankee Warrior”, “Panchito” and “Take-Off Time” alongside the Yankee Air Museum’s B-17G Flying Fortress “Yankee Lady” and the CAF’s B-24A Liberator “Diamond Lil”. Rides were available before and after the show in the B-17, B-24, SBD and a variety of trainers.

The WWII Weekend is an enjoyable step back into the 1940’s for the whole family. It is a great way to catch a glimpse of the way the “Greatest Generation” went to war, and how they survived on the homefront.