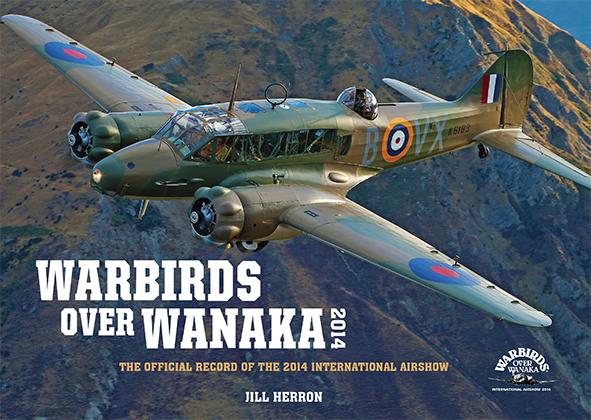 “Putting together the official record of the 2014 Warbirds Over Wanaka International Airshow presented me with a major problem” says Upper Clutha writer Jill Herron. Jill says the problem was not which photographs to include in the book, but rather which ones to leave out.  “With digital photography these days it’s easy for our official photographers to snap off hundreds of images over the three days. I ended up having to sift through a few thousand pictures before narrowing down my final selection to just 158”.

Jill says the fact that there were several brand new events at Warbirds Over Wanaka 2014, such as the #GigatownWanaka Jet Racing, sport aircraft and the WWI commemoration on the lakefront, also means that the book has a lot more variety in it this year. “Another great thing about the book is that the majority of the images have not been published before.  There are some wonderful pictures taken by professional photographers who have access to areas of the air show not open to the public, so they get some amazing shots,” says Jill. “For the first time in a long time the book has been a totally local effort,” says Warbirds Over Wanaka Event Manager, Mandy Deans. “Jill wrote the words and chose the photographs. Anna Entwisle from AE Design in Cromwell did the layout, and the book was published by ODT Print in Alexandra.” 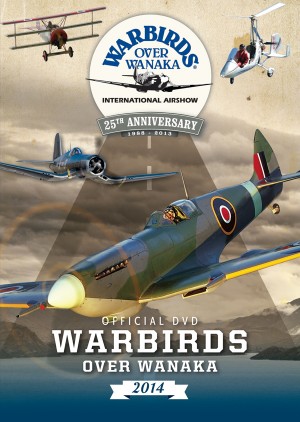 The local theme continued with the official 2014 Warbirds Over Wanaka DVD. Wanaka TV’s Antony Hansen realised a long held dream to be given the job of producing the video record of what is recognised as one of the top four Warbird air shows in the world. “I’ve been coming to Warbirds for years and have been part of the media team shooting stills for the past eight air shows. But to finally be asked to shoot the official DVD was the icing on the cake.”

“It was a huge team effort over the three days to get all the footage we needed, and we’re wrapped with the final product. We have tried to include lots of ‘stories’ from many of the great characters involved with the event,” says Antony. The book and DVD are available online at www.warbirdsoverwanaka.com. Copies are also available at the Warbirds and Wheels retail shop at Wanaka Airport, along with Paper Plus Wanaka and Cromwell & Whitcoulls’ two Queenstown stores.  The book will also be available at selected Whitcoulls stores nationwide in the next few weeks.