PRESS RELEASE – The Heritage Flight Training and Certification Course will take place here March 3-6, with aircraft and personnel scheduled to arrive March 1-2 and depart March 7. During the course, civilian pilots of historic military aircraft and Air Force pilots of current fighter aircraft will practice flying in formation together. Heritage flights raise public awareness of the Air Force mission and commemorate its history. Air Combat Command aircraft flying in this year’s training will include the F-35 Lightning II, the F-22 Raptor and the F-16 Fighting Falcon. The historic aircraft will include the P-51 Mustang, the P-40 Warhawk, the P-38 Lightning, the P-47 Thunderbolt and the F-86 Sabre. The number and types of Heritage aircraft are still being finalized. 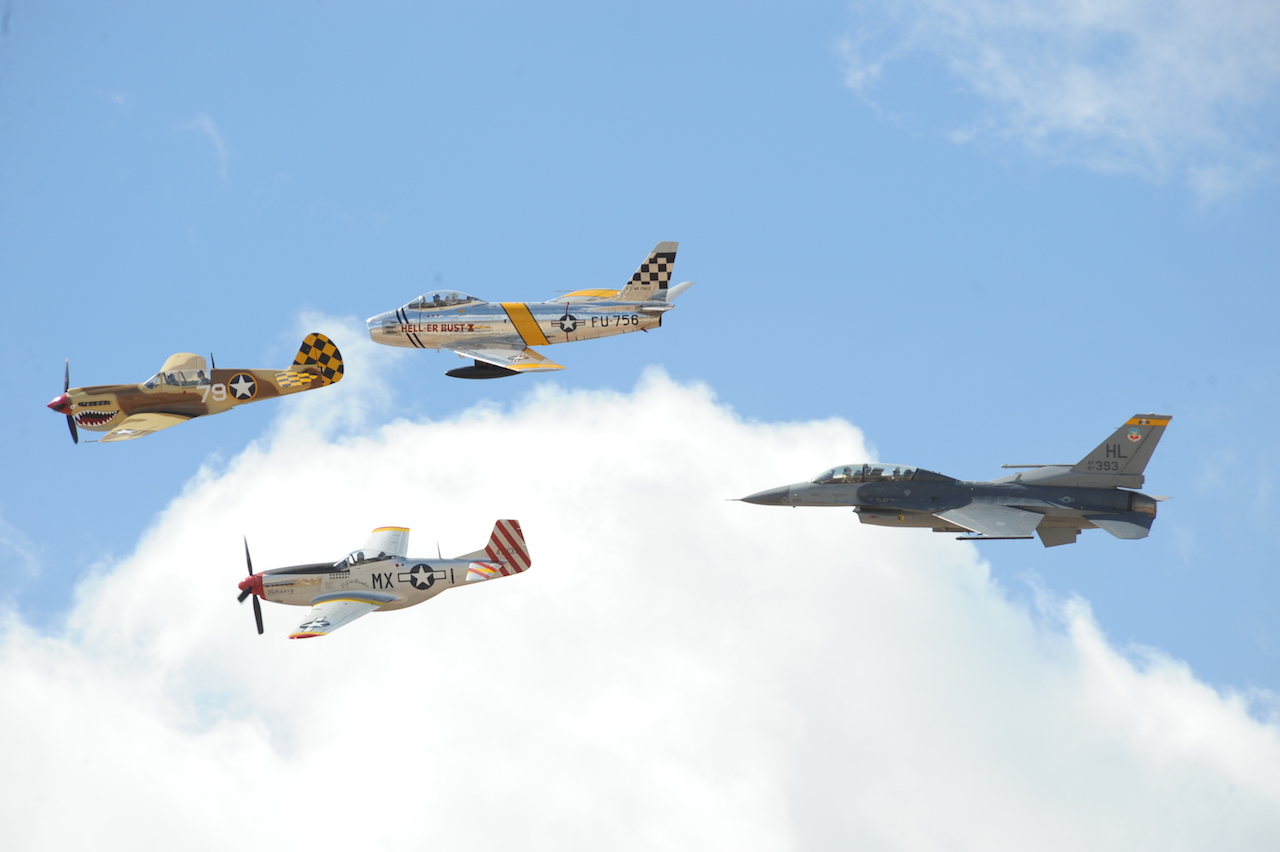