As we mentioned in August, the Military Aviation Museum in Pungo, Virginia will be holding their Warbirds Over the Beach Air Show over the weekend of October 2nd and 3rd, 2021. The event, one of the best warbird shows on the entire U.S. east coast, is always a major draw… Indeed, as the museum itself states: “There are only a handful of air shows in the world that feature the rare and historic aircraft that the Military Aviation Museum maintains in our collection.” 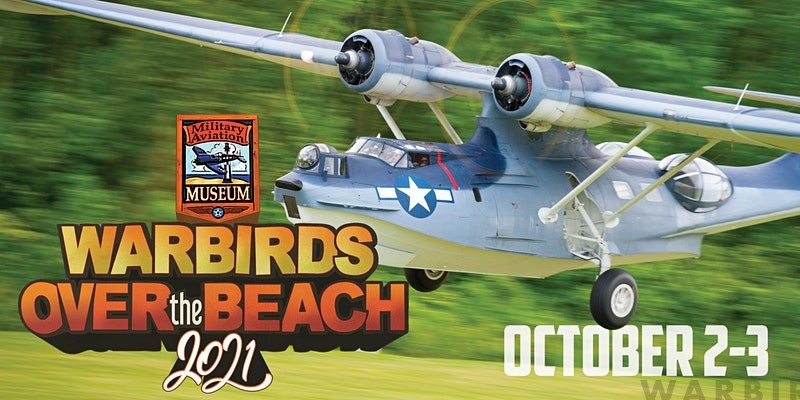 The show usually features aircraft from further afield as well, and this year will be no different, with a particularly special visitor taking part, the Tunison Foundation’s Douglas C-47A-40-DL 42-24064, better known as Placid Lassie. This combat veteran Skytrain saw a lot of action during WWII, participating in most of the major Allied airborne operations over Europe, including Operation Neptune (June 6, 1944 – Normandy Invasion), Operation Market Garden (September 17-25, 1944 – Netherlands), Operation Repulse (Dec. 23-25, 1944 – Relief of Bastogne during Battle of the Bulge), and Operation Varsity (March 23, 1945 – Crossing the Rhine). Placid Lassie will be open over the weekend for cockpit tours as well…
Warbirds Over the Beach is also the Military Aviation Museum’s most important fundraiser, with its revenue helping maintain the facility and expand its educational programming. Unusually for this particular event, aircraft from the museum’s ultra-rare World War I collection of original and replica biplanes and triplanes will fly at the show. Furthermore, nearly every flying example within their significant fleet of WWII fighters, bombers, amphibians, and trainers will take to the skies over the weekend.

For a prime view of the show, this year, the museum will have a VIP Chalet. Chalet guests enjoy admission to the show, front line access to the flight line, shaded view of the air show, pilot meet & greet, chairs, free water, and snacks. Seats within the VIP Chalet are only available via pre-purchase through September 26th. However, Chalet ticket sales  have been particularly brisk, and may run out soon… so get ’em while their hot, as the saying goes! Early-bird tickets to the show itself are still available at discount prices through September 26th HERE.

In addition to the above mentioned details, other features at Warbirds Over the Beach will include…

Given the multitude of activities, sights and sounds to witness and be a part of, Warbirds Over the Beach will provide something of everything for the whole family to enjoy!