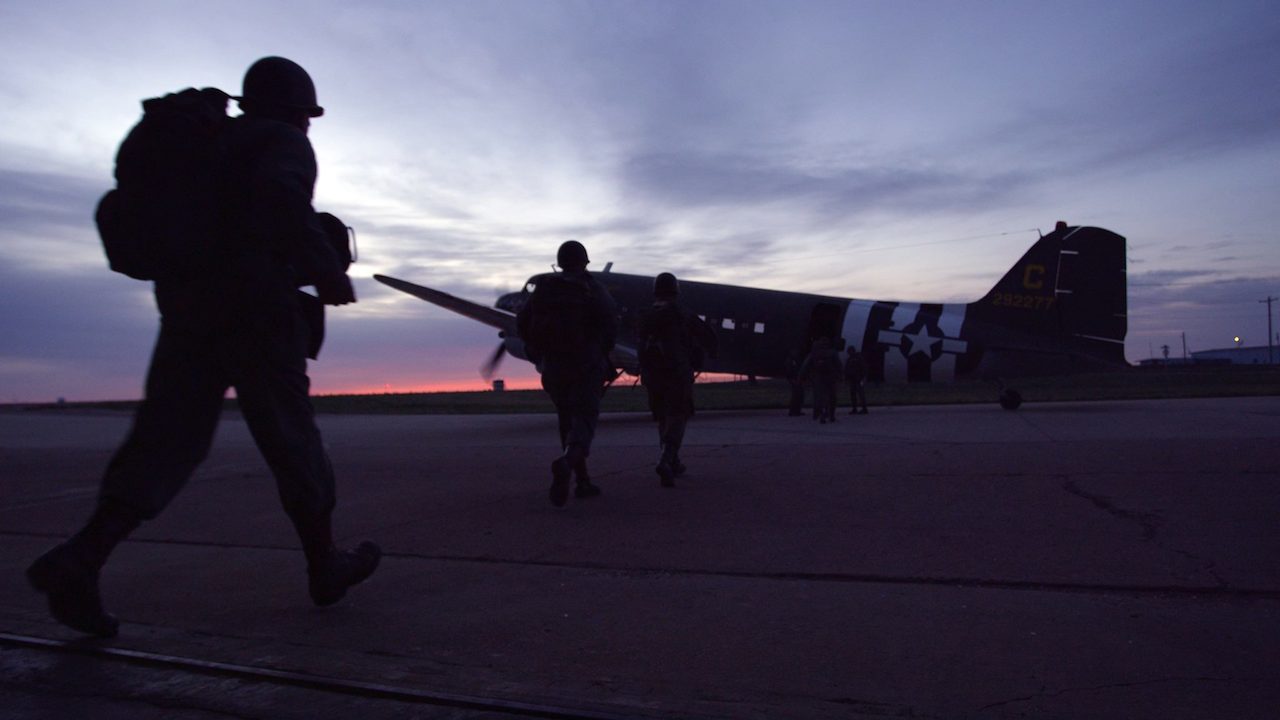 This Saturday, the Air Force Museum Theatre will host a special event combining Living History, D-Day: Normandy 1944 and live presentations. Filmmakers Kara Martinelli and Adam White will introduce Living History at 4 p.m., then following the screening, personal stories and additional insight will be shared with the audience by D-Day veterans and restorers, followed by D-Day: Normandy 1944.Lt. Ralph Lynn, B-24 co-pilot, and Jim “Pee Wee” Martin, 101st Airborne paratrooper, will visit the Air Force Museum Theatre this Saturday, July 12, for the launch of four new episodes of The Restorers: Giving History a Future. Living History, the second in the series directed by Adam White, a graduate of Wright State University’s film program and award-winning director of The Restorers and Red Tail Reborn, is currently shown daily at the theatre located inside the National Museum of the U.S. Air Force.

Living History details those who are committed to keeping history alive, in the most literal sense. In the episode “Tora, Tora, Tora,” a group of Commemorative Air Force volunteers fly Japanese Zero replicas to recreate the attack on Pearl Harbor. In ‘Bomber Fantasy Camp’ civilians pay to experience training and a mission on-board a B-24 bomber… to drop dummy bombs on target. In ‘Paratrooper School’ folks travel from far and wide to Frederick, OK to learn how to make WWII-style paratrooper jumps out of a period C-47 cargo plane.Not only will history be brought to life on the museum’s giant screen but also with the personal stories shared by two World War II Veterans and others involved with the film. Lt. Ralph Lynn, who is featured in the episode, won the Distinguishing Flying Cross and survived 32 missions as a B-24 co-pilot over Germany and France during WWII. Martin jumped with G-Company, 506th Parachute Infantry Regiment, 101st Airborne Division, just beyond Utah Beach on D-Day, then continued to serve in the European Theatre. To commemorate the 70th anniversary of D-Day last month, “Pee Wee,” at the age of 93, once again parachuted onto the Normandy shore. The National Museum of the U.S. Air Force, located at Wright-Patterson Air Force Base near Dayton, Ohio, is the world’s largest military aviation museum. With free admission and parking, the museum features more than 360 aerospace vehicles and missiles and thousands of artifacts amid more than 17 acres of indoor exhibit space. Each year about one million visitors from around the world come to the museum. For more information, visit http://www.nationalmuseum.af.mil.